Tatarstan: ‘A whole generation is ready to conduct extremist activity’

Next year marks the 460th anniversary of the incorporation of the territory of Tatarstan into the Russian state. The fall of Kazan, the capital of the former Tatar Khanate, to the forces of Ivan the Terrible was memorably commemorated in the first part of Sergei Eisenstein’s allegory on Stalin’s paranoid court - Ivan the Terrible Part 1 - and marked the point when Russia finally put to rest its fears of domination from the East. Now however, it appears that a new fear is haunting Russia, as the country’s demographic crisis is leading to a decline in the absolute number of ethnic Russians, as well as their share in the state's population. On the other hand, its Asiatic Muslim population is growing in both absolute and relative terms, rather than shrinking. 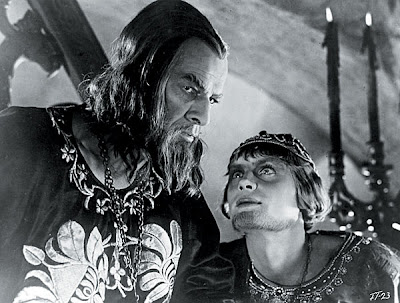 This represents the continuation of a long-established trend, for differential Muslim and non-Muslim birth-rates were already a cause for concern within the Soviet Union as early as the mid 1970s. When the USSR collapsed in 1991, the loss of the Muslim Central Asian republics and Azerbaijan left Russia shorn of a significant proportion of the USSR’s Muslim population. However, owing to Russia’s gradual historical territorial expansion across the northern expanse of Eurasia, many other traditionally Muslim peoples were incorporated into the tsarist state and its successors: Tatars, Bashkirs, Chechens, Ingush, Dagestanis (a label encompassing over thirty small Muslim ethnic groups) and others. These peoples have generally speaking remained concentrated in their historical homelands, and whereas amongst many of these groupings adherence to Islam at the popular level may have been historically superficial and officially frowned upon during the Soviet period, the past two decades has seen a resurgence in religious – particularly Muslim - identities.

As in other countries, Saudi money has underpinned the rise of the Wahhabist variant of Islam amongst many young Muslims in Russia, and jihadist ideology has been grafted onto a pre-existing nationalist rootstock in a number of cases. A recent article in Nezavisimaia gazeta entitled ‘A whole Generation of Extremists’ gives a clue to how significant the problem of jihadist ideology has become in Tatarstan. As in the UK, the Russian security agencies have discovered that a significant number of Islamists in the republic have journeyed to Pakistan and Afghanistan to participate in violent Islamist activity before returning home to attack non-Muslim targets in their homeland. So acute is this problem adjudged to be, that it is said to rank alongside poverty in its potential to threaten social stability in the republic. The local republican government is thus engaged in devising a new programme to forestall and combat the growth of violent extremism in Tatarstan. Although the word is not mentioned, the threat is quite clearly Islamic.

Last November three armed Islamic militants were killed by members of the Russian security forces in Tatarstan’s Nurlat’skii District. The three were suspected of planting a bomb beneath the car of the Director of Tatarstan’s branch of the Ministry of Internal Affairs (MVD) Centre for Countering Extremism. Luckily for him, the bomb failed to detonate. As in the UK, the Russian Government and mainstream media are coy about describing the phenomenon that they are dealing with, referring euphemistically to ‘extremism’ without appending the Islamic tag. As the Nezavisimaia gazeta correspondent Sergei Tarasov notes, loose deployment of terms such as the “struggle with extremism” («борьба с экстремизмом») by Russia’s political and security establishment runs the risk of enabling the deployment of repressive measures including lethal force, to put to an end any political opposition that might feasibly be described as ‘extremist’. We can see a direct parallel with respect to this abuse of language in David Cameron’s recent speech in Munich, which sought to bracket Islamism with a deliberately stigmatised domestic British patriotism as exemplified by groups such as the EDL.

Over the past five years more than 100 people have been sentenced in Tatarstan for involvement in terrorist and extremist activity. However, over half of these have already served their sentences and subsequently been released. Once again, although not specified, the article clearly implies that the majority if not all of these people were Islamic extremists. As in mosques in the UK which routinely disseminate hostile views of our society and values, the authorities in Tatarstan have detected a parallel trend in which a number of mosques have been preaching a Salafist interpretation of Islam which advocates violent jihad against non-Muslims. This has prompted sweeps of mosques and the confiscation of inflammatory Islamist literature.

However, in the opinion of Vladimir Belyaev, an academic at the Russian Academy of Political Sciences, the problem of Islamic extremism in Tatarstan can be tackled effectively without necessarily deploying lethal force.


Of course, there is [Islamic] extremism in Tatarstan, but not on such a scale as is stated. The problem can be solved without the application of any kind of extraordinary measures. For example, monitoring the situation on internet sites and in mosques. This would be sufficient.

Tatarstan, like many other traditionally Muslim areas of Russia, is witnessing a growth in Islamic militancy. Although the Medvedev-Putin administration may talk tough on dealing with this phenomenon, the fact remains that Putin possesses no ideological aversion to treating with Islamists. It was Putin after all, who backed Ramzan Kadyrov as Chechen President, a man who has campaigned for the introduction of Shariah to Chechnya, who has made the wearing of the headscarf obligatory and supports polygamy. Putin is a cynic whose primary interest is personal access to power, who although willing to play with the symbols of Russian patriotism and nationhood, clearly does not possess any especial regard for non-Muslim Russians. Witness also the close links forged between Russia and Iran under Putin and Medvedev. As in the UK, if ordinary Russians are to rid their country of the Islamist menace, they shouldn’t rely upon their corrupt politicians but ought instead to organise and take to the streets demanding that Islamisation be dealt with.

The Russian Federation, like its larger predecessor the USSR, is comprised of a number of ethno-territorial entities – ‘republics’ and so on – which are not majority ethnic Russian (russkii), and twenty years ago many analysts anticipated that the fledgling Russian Federation would fragment into its constituent ethno-territorial units. This did not happen, although Chechnya of course did attempt to break away from 1991 onwards. Now, it may be in the interests of patriotic ethnic Russians to divest themselves of their problematic Islamic territories and accord them independence. A consolidated ethnic Russian (russkoe) rather than a civic Russian (rossiiskoe) state could provide a preferable political unit to the existing federation with its array of hostile Muslim states in waiting. Of course, creating a Russian ethnostate would mark a retreat from the multiethnic multifaith imperial state that Ivan the Terrible set about creating through his conquest of the Khanates of Kazan and Astrakhan in the 1550s, but then again, perhaps that would be no bad thing for the Russian people.