The Daily Mail reports that a humourless garden gnome look-alike by the name of Emdadur Choudhary was today fined £50 for burning a number of large plastic poppies during the two-minutes’ silence on Armistice Day and yelling “British soldiers burn in Hell!” In effect, he won't even be paying this fine as he's on state benefits. He, and about 35 other members of the cult of garden gnome impersonators – Muslims Against Crusades – staged their stunt with the intent of insulting Britain’s war dead and causing offence to their living relatives. It certainly caused some agitation amongst EDL supporters who were nearby at the time. Moreover, the Mail reports that:

'If we set fire to a Qur'an there would be uproar and they would go after us but because this is Britain people just get upset. It is a futile sentence.

'For them to insult those who have given their lives for freedom is an affront. It is one law for them and one law for others.

Very Idle Speculations
What are the real reasons underpinning Choudhary’s anger and hatred for the society in which he resides? Apologists might point to such canards as ‘racism’, ‘relative deprivation’ or ‘British foreign policy’. Generally, the leftist exoneration of folk such as Chodhary invokes all of these justifications, but I have other ideas.

Digging out an old oil lamp I gave it a rub and out popped out a genie (I know, Choudhary would prefer me to refer to it as a jinn, but I’m sticking with our traditional anglicised version).

“Your wish is my command!” said the genie.
“Cheers. I don’t want you to do much; just find out what that Emdadur Choudhary has swirling around in that odd noddle of his, and report back. Is that a deal?”
“Of course, sire!”
And off popped the genie, to return half an hour later to report back on his conversation with Choudhary, and this is what he said (unfortunately, owing to the genie's residence in Bradford since his arrival from Mirpur in 1975, he communicated the message in his contemporary 'Bradistani', so I apologise to the reader if the passage is somewhat unclear):

“I, Emdadur Choudhary, do declare before the Prophet Muhammed (peace be upon Him), that I and me brothers is standing up for us rights by fighting the kuffar in this Dar-al-Harb. I have chosen to take the path of righteousness, to practise Dawah and to be a soldier of Allah, ‘cos I feel very insecure about me ‘ight. I’m shorter than me mates! Someone also cut off part of me penis when I was even smaller, which 'as filled me and me mates with righteous Muslim anger (that's why it's done y'know). It's given me a right bad temper.

I am making a stand (I know, I’m not tall, so shut up about it!) for me mates, who like me, are gnomes; noble Muslim gnomes with ‘luxuriant’ beards, who have too often been ignored in your racist media. Why is all your gnomes white and kuffar? We’re gonna ‘ave ‘em big style ‘n’ smash ‘em up bro’! Gonna make ‘em and you respect us, ‘cos gnomes deserve respect. Why don’t your white gnomes prostrate themselves before Allah? And what is it with them gettin' on with fairies, like?! They ought to string 'em up from cranes like they do in Iran! Kuffar gnomes is gonna pay, Muslim gnomes is on their way!” 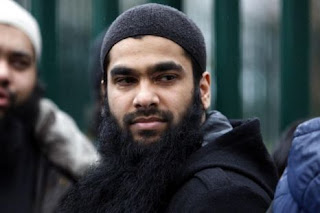 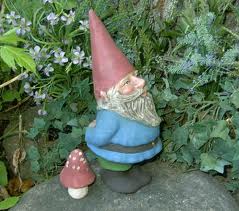 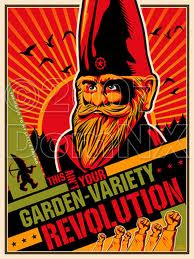 Choudhary captured in Duet with David Bowie
Posted by Durotrigan at 21:41