The British Freedom Party made its first electoral outing this week, fielding a total of five candidates in Liverpool and one in Basildon. There can be no denying that the BFP's results were remarkable, and they will forever remain seared into my memory. Anyone who has heard of the BFP and set eyes upon the figures will never be able to forget them, proving as they do, just how much potential there is in the party's current strategy and approach.

Taking the results ward by ward in alphabetical order, we first come to Clubmoor, where Andrew Edward Philip Harvey secured a startling 26 votes, some 0.78% of the total. In County ward, Peter James Stafford won a truly memorable 17 votes, or 0.6% of the total. Everton however, was to provide a slightly more encouraging result with a whopping 50 votes (1.7%) won by its female candidate Jacqueline Stafford. This was enough, as was also the case in Clubmoor and County, to gain her an unchallenged last place. Did Fazakerley buck the trend? Well, to a certain extent yes! Peter Stafford managed not to come last by taking 50 votes and a 1.51% share. However, it was Norris Green that was to play host to the BFP's strongest showing in Liverpool, where its candidate Peter Squire achieved 2.77% with 78 votes and came third. As for the party's performance in Basildon, this was to be the BFP's most 'impressive', which was still very weak indeed: Tony Harris polled 87 Votes, securing a 4.2% share and fourth position out of five.

Given that the BFP currently claims 724 members, has its own website, is supported by a number of bloggers, possesses links with the EDL and has been covered in the national press (e.g. The Independent), should not the expectation be that it ought to fare better electorally than a party of circa 60 members that possesses a rudimentary website, no supporting network of bloggers and has zero visibility? Well, such a party does exist, and it is called the Democratic Nationalists. Despite the fact that to all intents and purposes it is invisible, its five candidates clocked up the following results on Thursday (the first three wards being in Bradford, the fourth in Doncaster and the fifth in Pendle): Royds - 453 votes, 15.1%; Tong - 276 votes, 11.5%; Wyke - 313 votes, 9.6%; Stainforth and Moorends - 410 votes, 16.6%; Waterside - 92, 7.8%. If the Democratic Nationalists could achieve this, why did the BFP poll even more abysmally? The DNs even managed to beat both the Respect and Liberal Democrat candidates in Wyke. Overall, the DNs averaged 309 votes per candidate with a 12.1% share, whereas the BFP equivalent figures were 51 and 1.93%.

What do these results prove? It would seem safe to conclude that were Ken Dodd to choose to stand any of his Diddy Men at the next round of local elections, they would be sure to beat the BFP. Neither however, could beat this party here.


Ken Dodd and his 'Diddy Men': the BFP's primary challengers 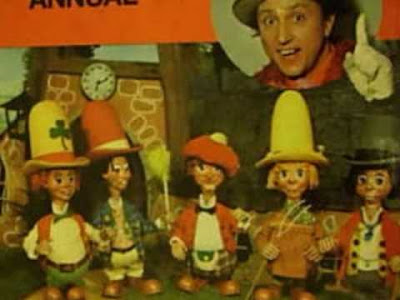