Following the retirement of the Space Shuttle fleet, NASA has decided that it wishes to outsource its supply missions to the International Space Station (ISS) to the private sector in a bid to cut costs. Space X was selected as the private company most likely to be able to perform this task, and this morning it was due to launch a demonstration mission to the ISS. Unfortunately for Space X, the launch was aborted owing to an engine problem, so its Falcon rocket and cargo-carrying Dragon capsule remain on the launchpad at Cape Canaveral. Rocket science never has been easy or cheap.

Although the Space X system, providing that it can prove its capability, will be cheaper than other launch systems, ultimately it must be viewed as a stopgap technology that needs to be superseded if the costs of exploring and utilising space are to be made somewhat less than astrononomically expensive. With the recent successful testing of the Skylon spaceplane's SABRE engine system, such a new era could be just around the corner, with British engineering and manufacturing leading the way. 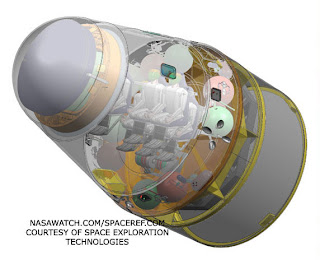