Television history, and history more generally, tells us as much about the time in which we live, as about the period and events under consideration. Nowhere is this tendency more pronounced than in the former, where the tyranny of the present is expressed in the retro-projection of current political themes and obsessions in accordance with the tastes and prejudices of commissioning editors. Whereas the printed word affords the opportunity for historians to give expression to a wide range of opinions and perspectives, the compass of views deemed to be acceptable on the small screen is somewhat more constrained. What viewers are presented with therefore, is a distorted impression of historical consensus: the dominance of presentism.

This week witnessed the concluding episodes of two television history series: David Starkey’s ‘The Churchills’, and Michael Wood’s ‘The Great British Story: a People’s History’. Stylistically and attitudinally, as would be expected from two popular historians of divergent preoccupations and characters, the series were quite distinct, both in terms of their style, and in their subject matter: Starkey focused upon key elite figures who helped to fashion the modern world, whereas Wood took a bottom-up slant in line with the Asa Briggs approach to popular history. Whilst Starkey did seek to emphasise connections between the past and the present, albeit in the form of two pasts intersecting in the life and writings of Winston Churchill, it was Wood who rounded off his series with a direct and heavily politicised summation of our history with specific reference to the present and its realities. Whereas Starkey sought to draw lessons from the past, Wood was happy for the past to yield to the present, and to selectively distort the former to propagate the official myth that we are “a nation of immigrants”.

Starkey and Wood are of the same post-war generation, the two men being born in 1945 and 1948 respectively, with Starkey’s specialism lying in the Tudor period and Wood’s in the Dark Ages. However, whereas Starkey excelled at Cambridge, obtained his doctorate and has enjoyed a career encompassing stints at his alma mater, the LSE and now as a visiting professor at the University of Kent, Wood failed to complete his doctoral research at Oxford, turning instead to journalism before going on to make a number of popular history programmes for television. Whereas both – as well as Simon Schama, born in 1945 – came of age in the 1960s, their reactions to the cultural revolution initiated in that decade – specifically to its insistence upon the transcendence of the nation-state and of national identities rooted in descent and continuity – have been quite different. Starkey clearly bemoans the negative effects that this attitude and attendant policies have brought in their train, whereas Wood perceives them as positive and something to be “celebrated”.

Wood’s Vision: Multiple Identities as the Norm
It was telling that in his introduction to the last instalment of his series, even Wood was compelled to acknowledge that in the decades immediately preceding World War I “Together at work and play, the British knew who they were.” Moreover, he conceded: “It was working class patriotism that made the volunteer armies in the first total war.” Thus, despite what was to follow, Wood had conceded that British identity during this period was not problematic, for we did not have to examine who we were, for we knew. Today, those of us who lost members of our families, those “working class” volunteers who fell in Flanders fields and on the Somme, still know who we are. For us, our identities are not “problematic”.

Wood charted our decline which set in with the profligate waste of human and material resources in the First World War, followed by the failure of our industries to keep pace with the innovations of emergent competitors in the interwar period, the Great Depression, the devastation of World War II, and thence onwards to the post-war evisceration of our industrial economy with the decimation of shipbuilding, textiles, mining and steel, leaving Britain as the “first post-industrial nation”. Accompanying these changes was a radical reshaping of the country’s – specifically of England’s (although this was not mentioned) – demography brought about by mass immigration from the Commonwealth. He mentioned the Commonwealth Conference of 1947 which shaped the British Nationality Act of 1948, a piece of legislation that redefined what it was to be a British citizen, being in his words “ecumenical, cosmopolitan and liberal . . . an astounding vision of the future.”

Wood claimed that without the half a million immigrants from the Caribbean and Africa “a war battered economy would have ground to a halt” owing to a “chronic labour shortage.” This influx was stimulated by slogans such as “Your mother country needs you”, and Wood fell back upon making spurious historical comparisons between post-war immigration and earlier and far smaller migratory waves including those of Huguenots, Flemings and Jews. The name of Enoch Powell was invoked to provide the presenter with an opportunity to underscore his multiculturalist credentials by denouncing the deceased statesman as having made “inflammatory” and “inconsidered” remarks about immigration. He did not stop to consider whether or not they had been correct. Starkey would have done.

Whilst Wood celebrated the rise of immigrant “communities” and the re-emergence of distinctive Scottish, Welsh and Cornish identities, about the English he remained silent, preferring instead to refer to regional identities. Wood, the Englishman, does not appear to be at ease with Englishness, thus conforming to the stereotype of the national self-loathing exhibited by a certain type of English intellectual. For Wood, the transformation of Moss Side into Somali, Pakistani, Bangladeshi and other ethnic enclaves was a reason to beam and to make reference to the culinary enrichment that such a presence brought in its train. However, he somehow managed to omit any reference to misogyny, honour crimes, forced marriages and paedophile grooming from his considerations. Wood sees only what he wishes to see, and whereas he grew up in Moss Side, he no longer lives there. If it is so wonderful, why not?

Wood appears to be ignorant of much recent historical and genetic research, and thus feels free to make reference to the Welsh as “the original British”, thus somehow implying that the English are interlopers – just another set of tribal immigrants amongst the many who now inhabit England. For Wood, it is mass immigration that makes our times “so dynamic and so interesting” leading to what he terms “another radical reshaping of our identities” in which “our destinies are inextricably bound together”. Thereafter, he dreamily wafted off into the credits, preceded by a collection of people from around the country declaring what they saw themselves to be.

Starkey’s Vision: a rudderless Nation
The focus of Starkey’s series was quite different to Wood’s, dealing as it did with two specific historical figures and their associated roles in history. It was however, also about the role of the writing of history in the shaping of history; the belief that Winston Churchill’s historiographical endeavours enabled him to better comprehend the situation in which he found himself, and to act in a manner that would extricate the nation from peril.

John Churchill would have made a fascinating subject for a series of his own, but presumably Starkey correctly adjudged that this would have rather less viewer appeal than the name of his illustrious and rather better known distant descendant. The device of coupling the lives of the two Churchills was therefore an interesting one, providing as it did a means of acquainting viewers with the War of the Spanish Succession and the 1st Duke of Marlborough, subjects that they may otherwise have ignored.

Starkey’s history was therefore the stuff of high politics and geopolitics, an elite history from the top-down, that whilst suggesting links between different historical figures and periods, also understood each individual and period in their own terms. Although it was a series that valued the past for its own sake, in the concluding section of the final episode Starkey addressed his thoughts to the present, noting the central defining role of Churchill in national and international politics from the 1940s to the collapse of the Soviet Bloc in 1989:

He had given a shape to how we see the world. In 1989 it finished. And we haven’t got anything else. There has been no other Churchill. We really don’t know what we’re doing. We grope. And we’ll continue to grope until, if, another one arises.

In these words, the sense that he was damning our current crop of politicians was palpable. Starkey, unlike conformist popular historians such as Wood and Schama, is willing to make pronouncements on political issues of the day that are critical of official dogma, as exemplified in his remarks on the racial and cultural composition of the 2011 rioters and the role of culture from the sub-continent in the Rochdale paedophile grooming case. Starkey, unlike Wood, does not celebrate the demise of our nation or subscribe to its recasting as a multicultural “nation of immigrants”, and that his voice is still allowed to be heard on Channel 4 does credit to the broadcaster. Can anyone imagine the BBC commissioning a series from Starkey? 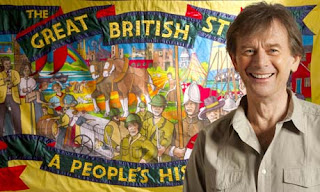 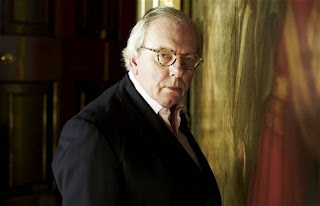 Test text
Posted by Durotrigan at 12:06