It would seem that ever more ingenious ways of gaining rights to settle in our country are being devised. Today, for example, the BBC announced that seven members of the Cameroonian Olympic team had absented themselves from the Olympic village with the presumed aim of staying here for economic reasons, rather than returning to their home country. The seven include the entire boxing team, a footballer and a swimmer, who join Natnael Yemane, an Ethiopian torchbearer who pioneered this vanishing trick in June. Will they end up going home? What do you think? What pretexts might they employ to stay?

The BBC, for some reason, managed to omit something rather salient relating to this matter, but the Daily Telegraph was not so coy about divulging what this was. Telegraph journalist Andrew Hough wrote:

The group are not yet breaking British immigration rules after new accreditation rules, introduced to bypass normal visa procedures, meant all Olympic athletes, and their families, could stay in the country until early November.

Now, why would such athletes need to stay in the country until late autumn? The games, if I am not mistaken, do after all finish this month. It would therefore seem that if these missing Cameroonians do not manage to fabricate claims of political asylum during this period, they should have just enough time to fix up scam marriages or claim that they have entered into meaningful relationships with British citizens, or perhaps their pets.

So, what will the Cameroons do about the Cameroonians? Do not be surprised if some of them should happen to see this as an “opportunity” to strengthen our sporting performance. Brace yourself therefore for seeing Cameroonians performing as part of “Team GB” in 2016, for after all, there have been plenty of competitors in our team this time around who bear but a spurious tie to our country, hence the team being called “Team GB” rather than the “British Team”. Why, by 2016 these Cameroonians will be, so the political class and the bulk of the press would have you believe, as British as you or I. 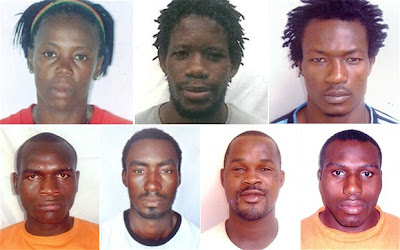