Tomorrow the Muslim population of Moscow will celebrate Eid, and in recent years these celebrations have brought parts of the Russian capital to a standstill as tens of thousands of Muslim worshippers have prayed in some of the city's main thoroughfares. Now however, Russia Today has announced that permission has been granted for a mosque capable of accommodating 60,000 Muslims to be built on the outskirts of Moscow.

The city is thought to have a population of circa 2 million Muslims, a number that has grown rapidly in recent years owing mainly to internal migration from Russia's Muslim regions and the arrivals of Muslim immigrants from the "near abroad" of the former Soviet states of Central Asia and the Caucasus. Given Pussy Riot's recent protest in the Cathedral of Christ the Saviour, who is willing to bet that members of the group will stage a similar protest in Moscow's new mosque once it is built, drawing attention to Islam's systematic degradation of women?

Although I have not yet been able to discover any images of the proposed mosque, perhaps it will resemble the Grozny Kadyrov Mosque, opened by Putin's pet Islamist - Chechen President Ramzan Kadyrov - alongside Putin himself back in 2008. As can be seen, the opulence and dimensions of the mosque are striking, particularly when taking into account that this was built in the wake of much of Grozny being razed to the ground during the First and Second Chechen Wars. Oddly enough, it was the outbreak of this second war that propelled Putin into the Russian presidency under the patronage of the then ailing Boris Yeltsin. Somehow, it seems hard to believe that all of the damage to Grozny's housing and general infrastructure had been made good by the time that this grandiose mosque was opened. 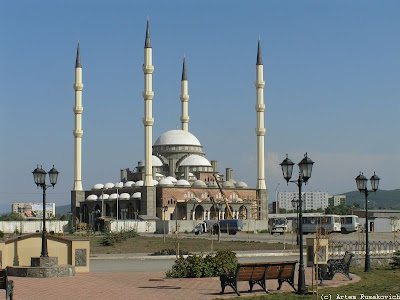 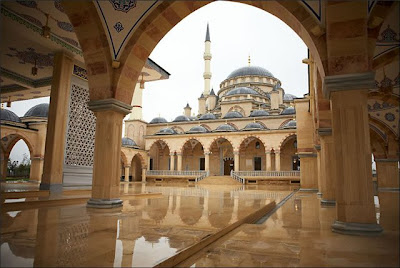 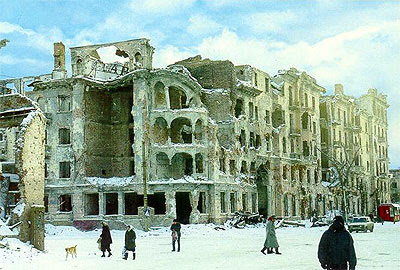