Mass killer Anders Behring Breivik has been declared sane by five Norwegian judges. A smile flitted across Breivik's face as a judge outlined his sentence:  21 years with a minimum term of 10. However, the period of 445 days that he has spent in custody is to be subtracted from this total. Although he has technically been declared sane, everyone must hope that his alleged international terror network - a 'revived' Knights Templar - is nothing more than fantasy.

The length of his sentence means that for each life taken, he will serve less than four months, which seems a paltry penalty for a crime of this magnitude. Breivik, no matter what his protestations, is as much a product of Islamism as the violent Islamists themselves, his vile vision of a theocratic Europe being a mirror image of a revived Caliphate. His crimes have done more to discredit genuine rational and peaceful opposition to Islamism across Europe than the combined efforts of the continent's multiculturalists for whom he bore such a murderous hatred. Putting politics aside, no matter what the court could have concluded, no sentence would have been able to deliver real justice for the families of the deceased, and those who remain alive yet physically and mentally scarred by his attacks. Breivik has secured a place in history not as a defender of European Civilisation and values, but as a warped product of the Islamist ideals he professes to detest. 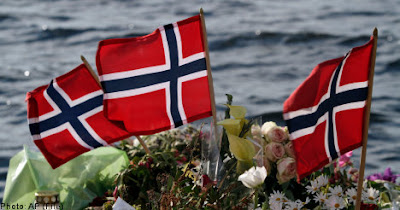