Even rural Somerset, so it would seem, is no longer immune to a certain type of crime that has become nauseatingly familiar to people living in places such as Rochdale, Rotherham, Bradford and Keighley, although in the case in question the alleged underage sexual assaults did not involve grooming by gangs, but were perpetrated by a single individual: Muhammod (yet another variant of this tiresomely common name) Kamal Uddin. Uddin, a 40-year-old Bengali of no fixed abode, first appeared in court in May this year on a number of charges of sexual assault involving underage girls in the Somerset village of Street between 1 September and 31 December 2010. The girls were aged 11 and 12 at the time of the alleged assaults. By the time that Uddin was brought trial, he was said to have been a resident of Colnbrook Immigration Centre, which rather than being in the environs of Glastonbury, is in fact close to London. Quite why this Bengali immigrant was in Street has not been made clear.

Uddin however, reports the Central Somerset Gazette, was able to walk free earlier this week just before the jury was to be sworn in for his Crown Court trial because 'it was announced that an alleged victim was refusing to give evidence and the trial was subsequently abandoned.' He had not entered any plea, and a Bengali interpreter had been drafted in to help with proceedings, so poor was Uddin's command of English. No explanation was provided as to why the girl had decided not to give evidence, but at her age, the court proceedings, as well as the memory of the alleged assaults themselves, must have been traumatising. Nothing has been divulged about the other alleged victim and her willingness to give evidence or otherwise. However, any man accused of such offences who was not guilty of them would clearly have entered a plea of 'not guilty', and that Uddin had not done so is telling. It would seem therefore that in this instance a Muslim paedophile has been allowed to walk free. Where will he go and what might he do now? Will he be monitored? This is the very least that we should expect.

The Uddin case illustrates that not even the villages in our shires are now safe from Islamically-sanctioned paedophilia, and it behoves parents to keep a watchful eye upon their children should male Muslims appear in the locality. Not all Muslims are paedophiles of course, but there is sufficient evidence, given the seeming proclivity of a significant minority amongst followers of this 'faith' to indulge in such practices, to warrant caution on the part of parents.

Why was Uddin permitted to enter the country? What was, and is, he doing here? That he currently possesses no fixed abode and cannot speak English illustrates, even without taking into consideration the alleged crimes that he is said to have committed, that he should not be here. If the girls should eventually be willing to speak and give evidence, then Uddin should be put on trial; if not, he deserves to be deported. People such as Uddin have no reason to be here, and are far from welcome.


Street, Somerset, with Glastonbury Tor in the Background 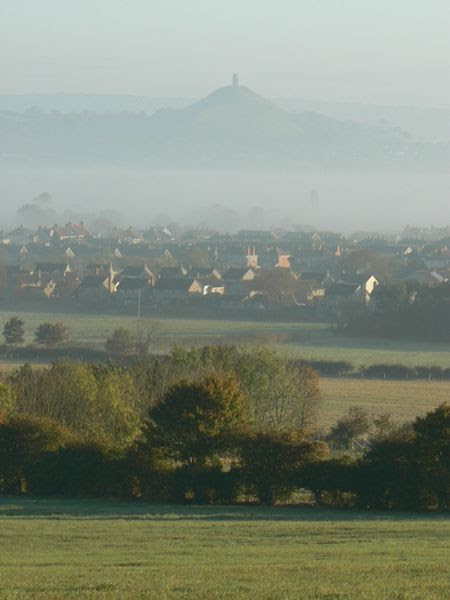