English Democrats' Performance in Doncaster: May 2012

It should perhaps come as a relief to the English Democrats that the electors of Doncaster voted in favour of retaining its mayoral system last Thursday, for following the local elections English Democrat Mayor Peter Davies remains the sole individual from that party to hold office in the borough. He himself was not up for re-election on this occasion, but the electors chose to retain the system by a margin of 61.7% to 37.8%. Just quite how far this is indicative of his personal popularity is difficult to gauge, but this result does seem to provide a clear popular endorsement of the system itself.

In the 2011 May local elections the English Democrats chose to contest twelve wards in Doncaster, whereas this year they fielded candidates in only seven. This tactic seems to have paid off, by perhaps enabling them to better concentrate their modest resources. Although on this occasion the party failed to secure elected representation, it did make tangible progress in the borough, with the average number of votes per candidate increasing from 642 to 754 despite a decline in turnout, and the average share increasing from 16.2% to 22.3%. Last year, the best share obtained was 23.3% in the Bentley Ward, whereas this time the highest proportion was obtained in Wheatley with 28.3%. The positions of the candidates improved too, for in 2011 the party achieved three second places, whereas this year it took five, with one third (just a few votes behind second place) and one fourth.

Although the English Democrats failed to make a breakthrough, these figures would seem to indicate that the presence of the mayor has accorded the party considerable public visibility and thereby generated a certain level of popular support, although this has yet to translate itself into councillors in this Labour stronghold. The future of the party however appears to be in question, as there is some dissent within the English Democrats regarding the leadership largely arising from the admission of a number of ex-BNP members, and there have been expressions of disappointment with the party's results this time around, for nationally it has not made any real headway. Moreover, the party is said to be in considerable debt.

The results below contrast this year's performance with last. 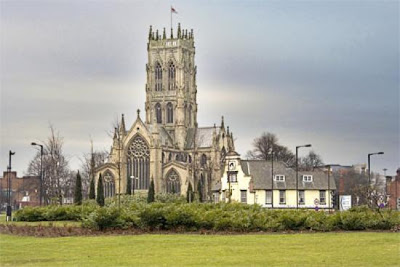