Launch of the Centre for Democratic Nationalism

Saturday 4th February proved to be a chilly day as snow fell over much of England, including over the Salthorn Working Men’s Club in Oakenshaw. Nonetheless, this modest venue was to serve as the location for a meeting of delegates from as far afield as Liverpool, Lincolnshire and Wales. By all accounts, the nationalists located within generated much heat, but was there much light?
Undeterred by the adverse weather, upwards of 40 individuals from a number of nationalist political parties and organisations had gathered for the inaugural meeting of Andrew Brons’s Centre for Democratic Nationalism, billed as a “a catalyst for nationalist unity” with its declared aim being “to facilitate the emergence of a united British Nationalist Movement.” Speakers included Andrew Brons, Peter Rushton and Jim Lewthwaite, who are reported to have delivered “great speeches without actually managing to offer any solutions”, with the focus being very much upon enumerating all of the things that are wrong with our country.
The meeting lasted some four hours, with 90 minutes being given over to the main speakers and the rest of the time being left open for debate arising from the speeches and questions from the audience. Capably overseeing proceedings was Ivan Winters of the Democratic Nationalists. As ever, it would seem that there were almost as many perspectives as there were nationalists, with the 5% of views not common to all possibly assuming an undue significance, leading to much heated argument. Presumably, this should be expected given that delegates hailed from organisations as diverse as UKIP, the BNP, the British People’s Party and the British Movement. One or two of the ideas forwarded proved to raise a few eyebrows. To the best of my knowledge, nobody from either the English Democrats or the British Freedom Party was present.
Given that this was the initial meeting of the CDN, it is not that surprising that nothing of major substance was agreed, but evidently if it is to succeed in the longer term it needs to move beyond such gatherings, and to offer something positive and concrete. Without a focus it is likely that the nationalist scene will continue to fragment, and activists will drift to the English Democrats or the British Freedom Party for the want of anything better. The CDN should certainly function as a think tank, but as events with the Brent Group have recently shown, this alone is unlikely to be sufficient to maintain its long-term viability. A common vision with respect to the future of nationalist politics is lacking; of that there can be little doubt. Although a well-organised event, there was still an absence of clarity as to the future purpose of the CDN at its close.
Should the CDN not also seek to launch or to endorse a new party? Although Andrew Brons himself has ruled out this option and has provided some pertinent reasons for not following such a course, some of us are of another opinion. The existing parties contending for the nationalist vote all possess significant flaws in both their policy and approach, which not only limit their appeal to the general public, but also prove to be an imperfect fit for many of a nationalist inclination. What should we do to remedy this? For the answers to that question, you shall have to wait, but not for long. 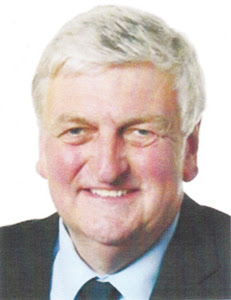