Are you thinking of flying away from the UK’s winter weather to warm yourself for a week or two? If so, perhaps it could be time to think again.

Whereas last year’s eruption of the Eyjafjallajökull Volcano (yes, you do deserve a pat on the back if you can correctly pronounce its name) caused havoc with flights from the British Isles and across Europe, seismologists are warning that a series of earthquakes indicate that a far larger eruption could be in store in the near future.

Last year there was much speculation that Katla might well erupt following the stirrings from Eyjafjallajökull, for eruptions of the former have on at least three occasions in recorded history followed on from outpourings from the latter. This time though, it is not Katla that is threatening to disgorge ash and fiery magma, but the wonderfully named Bárdarbunga. The Daily Telegraph reports that:


The last recorded eruption of Bárdarbunga was in 1910, although volcanologists believe its last major eruption occurred in 1477 when it produced a large ash and pumice fallout. It also produced the largest known lava flow during the past 10,000 years on earth.

It is the second largest volcano on Iceland and is directly above the mantle plume of molten rock.

So, if it does go off we could be in for quite a display. Just watch out though should we be subject to another blocking high pressure system in the mid-Atlantic, for this could signal the return of northerlies or northwesterlies to the UK, dragging with them clouds of volcanic ash and once again closing down airspace over the British Isles.

The Icelandic Met Office has a rather unusual (from a British perspective) webpage which details earthquakes recorded over the previous 48 hour period. These are displayed on a map that also indicates the magnitude of the quakes and how many hours ago they occurred. It just serves to demonstrate what an incredibly dynamic island Iceland is.

Unsurprisingly, it would seem that some of those who are afflicted with Christian eschatological beliefs are (as they have done for the past 1900 or so years) seeing in this possible eruption and others around the globe portents of Armageddon, to which I would respond: no, it's just plate tectonics in action. Still, if you are of a sceptical cast of mind and would enjoy a little scoffing amusement at the lurid imaginings of such folk, why not treat yourself to a peek at the Bible Prophecy - Signs of the Times blog. The end is nigh! A popular refrain from 999, to 1660, 1666, 2000 and 2012, not counting the many, many other occasions when such beliefs have frothed to the surface and caused havoc and mayhem. Hey, look! Here comes an alien ship in the tail of Comet Hale-Bopp! Quick, better shuffle off this mortal coil and get beamed aboard! Here comes the Reverend Jim Jones with the orange juice: it's so yummy laced with cyanide! The lesson: many people are very, very gullible. 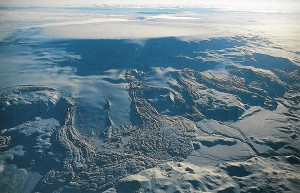