A number of reports state that today at 17:15 Moscow time a man drove up to one of the city's supermarkets in the Otradnoe district and blew himself up with a grenade after getting out of his Range Rover. Thankfully, nobody else was killed. Novaia gazeta reports that the bomber is believed to be a Russian businessman by the name of Evgenii Iurov. Eyewitnesses report that after he exited his car he mumbled something incomprehensible, tore up a cheque, and then detonated the grenade. However, according to Izvestiia, the grenade was detonated whilst the man was in the car. It is therefore unclear as to whether he returned to the car to blow himself up.

The motive for the bombing has yet to be ascertained. Was this simply a bizarre suicide prompted by factors which have yet to be uncovered, or was it a bodged Islamist suicide attack? If it was the latter, it was thankfully exceptionally poorly executed. Watch this space for updates.

Another report states that members of the Moscow police view this suicide as most likely being prompted by a domestic dispute, for the man in question had quarrelled with his wife shortly before driving off from home with a hunting rifle. According to Life News Russia, the 42-year-old Iurov was a former traffic policeman. If these latter reports prove to be true, which seems highly likely, then we can discount any terrorist intent. 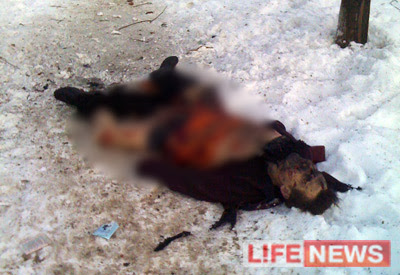