An Islamist suicide bomber attacked the Russian city of Vladikavkaz this morning, detonating a car bomb in the city's central marketplace at 11:00 Moscow Standard Time. The market was packed and was thus transformed into a scene of carnage. Reports of casualties vary, with Izvestiia reporting 15 dead and 90 injured, whereas Nezavisimaia gazeta cites the same number of dead, but 114 wounded. Two children were amongst the fatalities. As in all such cases, the final tally of the dead is likely to rise.

Izvestiia reports that North Ossetian police have provisionally identified the bomber as a man named Archiev. Registration documents found after the explosion indicate that the car belonged to someone with the surname of Dobriev. It is not clear whether the car had been stolen.

The authorities have warned that more attacks may follow and have sealed the border between Northern Ossetia and Ingushetia. Most Ossetians are Christians, whereas the Ingush are Muslims. This is but the latest instalment in the bloody history of the region which has witnessed a growth in local Salafist activism in recent years which has amongst its aims the creation of a breakaway ‘emirate’ in the northern Caucasus region.

One of the main figures behind recent Islamist suicide attacks is Dokku Umarov, the self-styled Chechen ‘Emir of the Caucasus Emirate.’ His aim is to establish an Islamic emirate uniting the Northern Caucasus, the Krasnodar, Astrakhan and Volga regions. It is not as yet clear whether or not he or his group specifically was linked to this attack, but amongst the many incidents this year they have already staged suicide bombings in Nazran (Ingushetia), Kizlyar (Dagestan) and of course Moscow. Last November also witnessed the bombing of the Nevskii Express which links Moscow and St Petersburg. 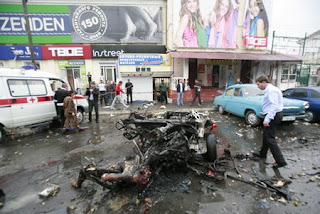 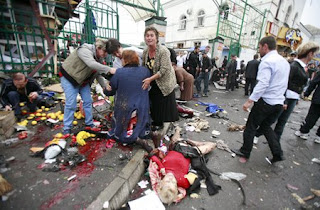