A neglected garden soon yields itself to vigorous weeds, and that good fruit which we might have hoped to harvest and savour is strangled by creepers and couch. Thus it is with our society today, for our Government has neglected to devote itself to the cultivation and preservation of our sweet and fragile liberties, and through inattention has allowed them to be overshadowed by a more vigorous, robust and demanding growth, which has caused them to shrink for want of light. Islam is the ideological equivalent of Japanese knotweed: invasive, fast growing, difficult to control and prone to crowd out the natives. Alas, unlike Japanese knotweed, the Government does not recognise that Islam too needs to be strictly controlled and eradicated from our islands. 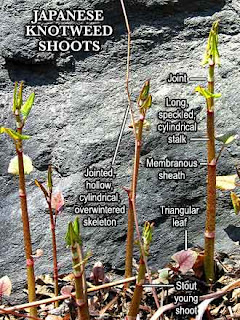 In recent months we have seen the proliferation of Islamist groupings in the UK: Shariah4UK; Muslims against the Crusades and Ummah Rise. Now we witness the birth of something new and potentially much larger named the Muslim Defence League (MDL), presumably in anti-homage to the English Defence League. The MDL has provided a formal opportunity for leftist Islamist collaborators to link with the Islamists in an anti-English axis. That such a crystallisation of these disparate forces united by their hatred of Western liberties should occur comes as no surprise, for the two have long been working together, their alliance having been cemented by the creation of the EDL in 2009. The most striking demonstration of this convergence and the morphing of the UAF into an Islamist vehicle was provided by the joining of a UAF contingent chanting “Allahu akbar” with Muslims against the Crusades demonstrating against the One Law for All protest in Whitehall last month.

Presumably, we are likely to see the MDL take to the streets in an attempt to attack the EDL. At the time of writing, its Facebook group was listed as having 1,392 members. An EDL member had earlier managed to successfully hack into the site and delete links with many supporters, so this number is likely to rise significantly in the near future. The EDL will be protesting in Dudley again tomorrow – Saturday 17 July 2010 – so I anticipate that this will give us our first initial sight of the MDL.

The lines have been drawn and the opposing parties are forming up. Our politicians still refuse to recognise the problem of Islamisation and are actually contributing to its furtherance. It is therefore very much in the hands of ordinary people to express their opposition to this process, and at the moment we have the EDL, SIOE and the One Law for All campaign all giving voice to a variety of concerns connected to Islamisation. Hopefully these positive forces should soon be supplemented by whatever national sub-division emerges from Geert Wilders’s multinational anti-Islamist coalition. As can be seen from examples of the MDL’s imagery below, together with the name of “Chechnyan Wolf” (a British Beslan anyone?), we can quite safely conclude that it is not intended to be a peaceable organisation. We should therefore expect it to behave in the manner of a band of squadristi. I fear that tomorrow we will witness the MDL venting its rage upon the police. All being well, its members will not manage to break through and clash with the EDL.

Email ThisBlogThis!Share to TwitterShare to FacebookShare to Pinterest
Labels: EDL, Geert Wilders, MDL, One Law for All, SIOE