Tomorrow witnesses the official announcement of the results of the elections to the Executive Council of the British Freedom Party, including to the post of Party Chairman. When the party was established last autumn, Peter Mullins agreed to assume the role of acting Chairman with a view to functioning as a caretaker during the party’s initial year. That year has now elapsed, and it will be announced tomorrow that Paul Weston has been elected as the new Party Chairman of the British Freedom Party.
Weston is a former UKIP member who stood for the Cities of London and Westminster seat in the 2010 General Election. His primary reason for leaving the party concerned Nigel Farage’s categorical statement that he did not see a problem with Islamisation in the UK (for a concrete example of Farage’s attitude to this phenomenon, see this earlier blogpost on the Sandhurst Mosque). Having discovered the British Freedom Party, Weston found that its policies and general stance towards Islamisation provided a much better ideological fit for his position than UKIP. He is sure that there will be other UKIP members who share his position and who would find a more natural home in the British Freedom Party, as well as supporters of other parties who feel uneasy about this issue and, more importantly, the twin phenomena that make this process possible: multiculturalism and mass immigration. Both must be brought to an end.
Plans for the coming months will bring surprises, with a high profile public figure planning to join later this month, guaranteeing significant media coverage and providing the party with a substantial opportunity for a relaunch. It would seem that the ‘new’ political party being discussed at the recent meeting of key movements, parties and bloggers concerned with the Islamisation issue turns out to be Weston’s new political home.
It is believed that George Whale will remain a member of British Freedom’s Executive Council, whereas Lee Barnes, Simon Bennett, Peter Mullins and Michael Wood will not. Confirmation and full details will of course follow tomorrow on the British Freedom website.
New British Freedom Party Chairman: Paul Weston 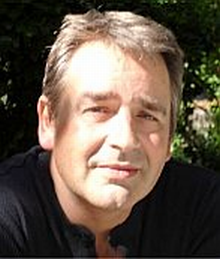