“Big Issue! Cross my palm with silver, or my children will pick your pockets!”

"Here to do the jobs that British people won't do" are they? Tres amusant! It would now seem that they are also “here to sell the Big Issues that British homeless people won’t sell”, or so the owners of the magazine would have you believe. Astonishingly, it was revealed on Radio 4 earlier today that in some areas of the country 80% of Big Issue vendors are Roma immigrants from Romania or Bulgaria who, moreover, use this status as a scam to claim a number of benefits including housing benefit. Now, whereas I can understand that Romanians and Bulgarians must be delighted to be rid of them, I’m really not sure what benefit we gain from them being here. Well, I suppose that their presence adds to the ‘diversity’ of our grumbles and grievances, but other than that . . .
A spokeswoman for The Big Issue has stated:

"Anyone who is self employed or working is entitled to certain benefits, In the case of A2 nationals this is housing benefit and working family tax credits. Selling The Big Issue in the North is genuine self employment and we would defend anyone’s right to claim a benefit if they are legally entitled to it regardless of their race.

When Roma come to The Big Issue in the North they have few ways of earning an income and therefore securing and maintaining a roof over their and their families heads.

As a country we believe it is unacceptable for families to live in poverty – our benefits system supports this – and this support must reach every person and family which we allow to live and work here regardless of race."

Owing to indoctrination the poor woman is unable to disentangle the concepts of nationality, citizenship rights and obligations and racial ‘discrimination’. Don’t buy The Big Issue from Roma; we, sadly, have enough homeless people of our own.
Although the BBC loves to try and put an anti-European spin (i.e. anti-European as in anti-indigenous European not anti-EU) on stories connected to mass immigration, today it couldn’t quite writhe out of the fact that of the 371,000 current benefit claimants of foreign origin resident in the UK, the majority of them hailed from such countries as Pakistan, Somalia, Bangladesh, Iraq, Iran and India. Indeed, owing to this fact it was left to the Daily Telegraph to reveal their countries of origin, as for some reason the BBC came over all coy about discussing this matter: “258,000 were from outside the European Economic Area.” One suspects that given these countries of origin a goodly proportion of these claimants could well be Muslim ‘single’ mothers i.e. wife number two, three or four of bigamist Muslim males. They form a wonderfully ‘valuable’ complement to our long-term Roma visitors, little Pakistans and Nigerias etc that have sprouted across England in recent decades.
In practical terms, the Conservative Party will do nothing about mass immigration because in reality it likes it; its upper echelons actually couldn’t give a damn about the origins of those who live in the UK providing that they’re a productive little work unit whose labour can be harnessed by unscrupulous companies unwilling to pay a living wage. The immigrant labour that such companies employ is not so much here to “do the jobs that British people will not do” as to “do the jobs for which unscrupulous employers are unwilling to pay a living wage.” Yes, many immigrants from Poland, Lithuania and other post-Communist European countries are highly educated, work hard, are motivated and willing to work long hours for little money (Roma excepted from all of these observations of course), but the influx of this labour has had an overall effect of driving down wages to such an extent that nobody can hope to support a family on them, especially when taking into account the current state of the housing market and rental sector.
Young Poles and Lithuanians without family responsibilities may be willing to rough it for a few years, even going so far as to share rooms and a bed, but that is no way for anyone to live in the long term. Blame the globalist politicians and businesses and not our Polish cousins for this state of affairs. Moreover, although the EU has effectively made our borders thoroughly porous, it is predominantly non-European immigrants who create problems for our society, and most of those problems reported by the media as connected to ‘eastern European immigrants’ are actually connected to Roma. NUJ guidelines on race and religion however, cause reporting to be systematically distorted and this fact to be omitted.
All in all, what new does this story about 371,000 foreign-born benefits claimants tell us? After all, it is just one in a seemingly endless stream of stories all reinforcing the message regarding the ongoing dispossession of the native British and English. The story duly ran in The Telegraph and The Guardian with predictable emphases, with the latter of course claiming that this was really rather a small number of people and that all immigrants are lovely, vibrant and enriching. Thus ends another day in the asylum that is the contemporary United Kingdom. What difference will today's 'revelation' make? Not much. A couple of opportunistic Tories will make some populist noises in an effort to curry favour with voters disgruntled with the open-door mass immigration policy, but they will possess neither the will nor the power to do anything about it. Voters will thus be duped and continue to vote for a party that in reality has no intention of changing policy in this area.
Lucky Charm Anyone? 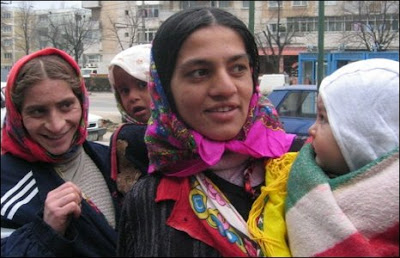