Yesterday’s announcement that Stephen Yaxley-Lennon, alternatively known as Tommy Robinson, was leaving his position as joint Vice-Chairman of the BFP to focus on his leadership of the EDL came as a surprise to many. Quite what precipitated his decision is unclear, but this announcement comes only a fortnight after an unsubstantiated rumour circulated that Paul Weston had resigned from his position as BFP Chairman, a rumour that was swiftly rebutted. It begs the question as to who started this rumour and why?

In his interview with The Independent yesterday, Lennon (for the sake of brevity I shall avoid the double-barrelled formulation) stated:

"I am looking at how to change the EDL into a genuine political party but we can't put a time on it at the moment. We are looking at the 2014 elections in Europe.

"It [the BFP] just isn't for me, I want to stick to the EDL. I wanted to make this decision before I committed myself to campaigning for the BFP. I have not been involved in an election campaign for them yet, so it is the right time."

What was it about the BFP’s policy platform that caused Lennon to take this decision, if indeed it was a matter of policy that caused his departure? Whatever the underpinning cause happened to be, attempting to turn the EDL into a political party is an utterly pointless venture, being as it is a single-issue protest group. Lennon would be better off re-evaluating his movement’s aims, objectives and tactics, transforming it into a more tightly focused and effective campaigning vehicle independent of any particular political party. Although it has managed to establish itself in the public consciousness, the EDL has not, generally speaking, projected an image that would exert electoral appeal to anything other than a small hardcore of supporters. Irrespective of the fact that there are certain widely-recognised negative behaviours exhibited by Islamists in this country which the majority of the general public find abhorrent, voters are not going to cast their ballots for a party that makes tackling Islamism its number one issue, although they would of course be happy to vote for a party with a comprehensive policy platform that dealt appropriately with the Islamist problem as part of its wider policy mix. Voters are primarily concerned about the economy, public services, education, housing and immigration, not Islamism, no matter how much distaste they may possess for it.

Does Lennon intend to transform the EDL into a political party with such a broad policy mix? This seems doubtful. For all of its flaws and fixation upon the Islamic issue, the BFP does at least profess to possess objectives other than tackling Islamism and Islamisation; the EDL does not. In this respect, Lennon’s move brings to mind the recent announcement by former UKIP MEP Nikki Sinclaire in connection with the creation of a new political party named ‘We Demand a Referendum’ (WDAR), which possesses no policy other than to secure a referendum on the UK’s continued membership of the EU. For some reason, The Sun threw its backing behind this venture last month, presumably because Murdoch no longer finds Cameron’s Conservative Party to his liking.

How peculiar it is, that both Lennon and Sinclaire have decided to leave single-issue fixated parties and establish new splinter parties focused purely upon Islam and the EU respectively. This is not the stuff of electoral politics, but of pressure group agitation, and given the obsession of both figures with these single issues, they would be best advised to keep out of electoral politics and instead concentrate upon building up convincing arguments and campaigns in support of their respective positions. A vote for either will be a wasted one; both parties will fail, and badly at that. Voters need to be presented with a credible alternative to which they can lend their support; a party that genuinely tackles both of these concerns alongside the pressing need to address those issues that are central to the winning of any campaign. The EDL will not be such a party, and neither will the WDAR.

Stephen Yaxley-Lennon: Leader of the EDL 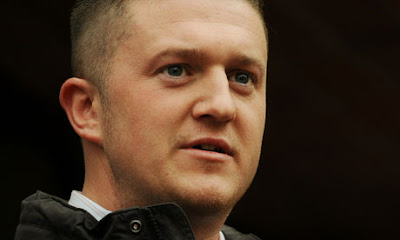 Nikki Sinclaire: Leader of 'We Demand a Referendum' 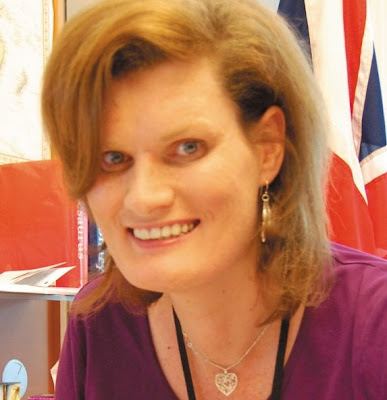