George Osborne’s latest Idea: Power to the Workers! Or is it?

The Chancellor’s suggestion that workers should trade their employment rights for a stake in their companies strikes me as something of a curate’s egg. Whilst aware that for small firms in particular their desire to expand and take on new staff may be inhibited by obligations relating to redundancy payments, unfair dismissal and other employment rights, in general these hard won rights need protecting. We are all aware of notorious cases brought for unfair dismissal where such rights have been abused of course, but in most instances, this is legislation that has been designed to prevent people from losing their homes and their family lives in the event of them losing their jobs. Who, after all, benefits from such a scenario? Who, ultimately, is left to pick up the bill when such breakdown occurs?

The evisceration of many of Britain’s old industrial centres based on coal, steel, shipbuilding and manufacturing in the 1980s led in many instances to the collapse of local economies, multigenerational unemployment and a sense of apathy and listlessness that fed into drug addiction and other anti-social forms of behaviour. Anyone familiar with such areas will be aware that since then little has happened to generate the sense of hope and well-being that these areas require, for the high-paid jobs of the old industries have not been replaced. Call centre positions paying a paltry £13,000 to £14,000 per annum provide a decent living for nobody; they are not a fitting replacement for the well-paid blue-collar jobs that preceded them. They may be less dirty and less dangerous, but in many other respects, they are far inferior to the jobs of the past.

Osborne’s suggestion that workers should be given shares in the company that they work for is a good one. To provide employees with shares in their employers’ businesses gives them an active incentive to work to ensure that it prospers in the expectation of gaining something tangible in return. Where such schemes are implemented in a meaningful rather than a cosmetic manner they can assist in breaking down the antagonism that all too often, and frequently understandably, exists between management and employees. Indeed, in small start-up companies the offer of a generous share package could, providing that new members of staff are happy with the conditions, act as a great spur to the business succeeding. However, in any instance where these rights were to be waived, this should be a temporary measure, with full employment rights being put in place after a clearly defined transitional period necessary to establish the business. It would also be very negative if such good practice were to be used as cover to strip away employment rights across the board, which is what many must fear Osborne intends to do by floating this idea. Given his intent to cut the public sector whether or not there are private sector jobs for people to go to, the removal of employment rights could have severe implications for the lives of many.

The economy does need to be rebalanced so that we create more wealth through manufacturing and other cutting edge productive industrial research and development, but slashing employment rights and drastically downsizing the public sector in a precipitate fashion before we have started creating such opportunities is not the way to do it. Osborne is right to encourage a reduction in the antagonism between management and employees through incorporating the latter as meaningful shareholders in their own businesses, but wrong to posit this as an alternative rather than as a supplement to the employment rights that people already enjoy.  After all, statutory redundancy pay is hardly generous, being capped as it is at £430 for every year worked up until the age of 40, and then £645 for every year worked above that age. For the likes of George Osborne of course, such concerns will only ever be theoretical, but for the majority of working men and women, they are an ever present and worrying reality. 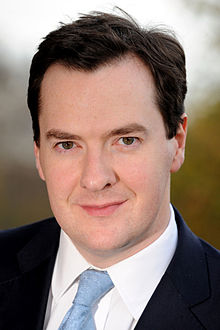