Whilst it seems that a recount is underway in Hénin-Beaumont, Marion Maréchal-Le Pen has been elected as the National Assembly Deputy for the 3rd District of Vauclause, polling 42.09% of the vote. Her losing rivals were the UMP's Jean-Michel Ferrand and the Socialist Catherine Arkilovitch. At 22, she becomes France's youngest ever member of the National Assembly.

Elsewhere, the lawyer Gilbert Collard put in an impressive performance in the 2nd District of le Gard, winning the seat for the Front National with 42.82% of the vote, a healthy increase on the 34.57% that he polled in the first round. His rivals - Katy Guyot of the Socialist Party and Etienne Mourrut of the UMP - took 41.56% and 15.63% respectively.

The most spectacular result for a French nationalist candidate today belongs to ex-Front National member Jacques Bompard who has won in the 4th District of le Vauclause, taking 58.77% of the vote, well ahead of his Socialist rival Pierre Meffre on 41.23%. Bompard has his own identitarian party named the Ligue du Sud, its name seemingly inspired by Italy's Lega Nord (Bompard was initially listed as an FN victor in this article owing to his erroneous allocation to the party by Le Monde's election results page).

Elsewhere, Florian Philippot failed to take the 6th District of la Moselle, but put up a very creditable performance in a close contest, scoring 46.3% against the Socialist rival's 53.7%. Stéphane Ravier had an exceptionally close race with the Socialist Party candidate Sylvie Andrieux in the 3rd District of Bouches-du-Rhône, taking 49.01% against 50.99%. Valerie Laupies also came with a hair's breadth of winning, taking 48.71% of the vote compared to her Socialist rival's 48.71% in the 16th District of Bouches-du-Rhône.

Despite Marine Le Pen's knife-edge loss to her Socialist opponent Philippe Kemel, with the candidates securing 49.89% and 50.11% of the vote respectively, it has been a dramatic evening for the Front National, for it has managed to take two seats under the first-past-the-post system. This is a considerable achievement for the party, although of course it does not take its representation in the National Assembly close to that which it enjoyed in the 1986 election, when it managed to gain 35 deputies under proportional representation.

Marine Le Pen's programme of modernisation has evidently paid off for the FN, but although today's breakthrough has been symbolic, the party is as yet at a far remove from real power. Nonetheless, it has demonstrated the principal that a credible and well-organised moderate nationalist party can win under a first-past-the-post system. If it had not been for the anti-FN pact in Hénin-Beaumont which led to Jean-Luc Mélanchon bowing out of the second round despite qualifying to participate, then Marine Le Pen would have tonight won a seat. The FN has also encountered other types of underhand opposition, as exemplified by the action of postal workers in the Var who refused to deliver flyers for FN candidate Genivieve Blanc. According to the Riviera Times, although 4,000 euros had been paid to distribute the 54,000 flyers, the postmen refused to do so on political grounds, claiming that they would not help a 'far-right' candidate, thereby demonstrating their anti-democratic credentials by impeding the chances of a legitimate candidate.

Three other FN candidates stood in the second round in the urban constituencies of the Pas-de-Calais and polled respectable percentages, each in a one-to-one battle with a victorious Socialist Party opponent. The FN candidates and percentages were: Freddy Baudrin (3rd District) - 40.48%; Monique Lamare (10th District) - 36.59% and Charlotte Soula (12th District) - 43.17%. For a party of this type, these were excellent scores, and illustrate that the FN does possess what it takes to become a party of government, given the clear appeal that it exerts to sections of the French electorate.

Time for the FN to make a significant electoral breakthrough is of course running short owing to France's rapidly changing demography engendered by mass immigration and the explosion in the population of immigrant descent. With this in mind, the FN has recently launched a petition (see here) against granting voting rights to immigrants, which is a policy supported by both the Socialist Party and former President Nicolas Sarkozy. 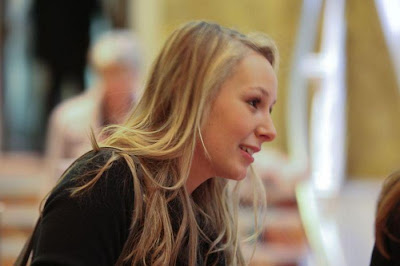