Le Monde, one of France’s most influential newspapers of a centre Left editorial inclination, has today been indulging in the type of reporting so beloved of the ‘diversity’ industry in the UK, noting with approval the influx of a fresh phalanx of non-indigenous deputies to the National Assembly:

Essentially ‘white’ until now, the National Assembly is going to reflect the colours of France a little more after the legislative elections of Sunday 17 June. Eight deputies of African, Maghrebian, Asian or Brazilian origin are going to join those elected overseas or originating in the departments on the banks of the Palais-Bourbon. All these newly elected members issue from the ranks of the Socialist Party.

Of these, five are Maghrebian: Kader Arif (Haute-Garonne); Malik Boutih (Essonne); Kheira Bouziane (Côte-d'Or); Chaynesse Khirouni (Meurthe-et-Moselle) and Razzy Hammadi (Seine-Saint-Denis), and thus illustrate the rapidly shifting demographic complexion of France. It is to be expected that they will lobby for the inclusion of more of their kind, as has happened at Westminster with the active approval of the globalist governing parties.

The left-wing daily Libération was also moved tocomment in a positive fashion regarding this increase in ‘la diversité’ in the National Assembly, but as is the case with multiculturalists across Europe, the election of another eight ethnic minority deputies was not enough to satiate the paper’s appetite. As the publication of statistics on the ethnicity of France’s population is outlawed, the paper forwards some estimates of its own, bemoaning the fact that whereas "only 2%" of National Assembly members are from such backgrounds, CRAN (the Council of Black Associations) estimates that “the blacks, the Arabs and the Asians present in the Hexagon represent more than 10% of the French population.” How very appropriate then, that all of the new deputies from such backgrounds are representatives of the Socialist Party, which has pledged itself to grant votes to foreigners, something which the Front National has decided to oppose through launching an internet petition. 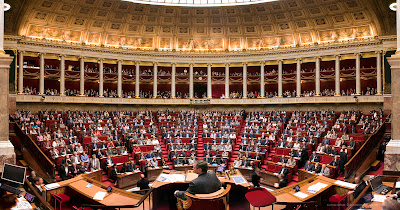