The National Secular Society (NSS) today published a report on an outbreak of violence between religious gangs at Bradford’s St Bede’s School on Monday. Whereas Bradford’s Telegraph and Argus was somewhat coy about revealing the identity of one of the two factions, insulting the intelligence of its readers by referring to ‘Conflict between two faiths at a Bradford catholic school’ thereby singling out Christians, the NSS had no such inhibitions about identifying the Muslim begetters of violence who attacked school buses:

Stones and half-bricks were thrown at the three buses and terrified pupils had to dodge the missiles which smashed windows causing £600 worth of damage.

This violence followed on from an earlier ‘stand-off’ between the two gangs. The fact is, the two don’t mix, and pupils should not have to suffer from being forced to study alongside Muslims. Such forcible mixing is harmful to the educational and personal development of non-Muslim pupils, and it is disgraceful that children’s futures are being blighted for the sake of politically correct and factually insupportable platitudes concerning the desirability of this type of mixed education. Witness the result of the enforced bussing of Muslim pupils from Swindon to the Ridgeway School in the Wiltshire village of Wroughton: a pupil named Henry Webster almost losing his life after falling victim to a vicious hammer attack by a Muslim gang.
Comments left on the Telegraph and Argus website seem to back up the idea that the violence was one-sided and perpetrated by Muslim pupils. One commenter claimed that “the older brothers, [and] cousins” of the Muslim attackers came out to assist them in bricking the buses. Another commenter stated that the print version of the Telegraph and Argus reported that "unrest was sparked by a Year 11 class discussion over religion" in which Muslims had provoked their Catholic classmates with derogatory remarks.
Heaton Labour Councillor Imdad Hussain intervened stating that talks were needed between parents and pupils from both sides to avoid an escalation into what the NSS described as ‘full-scale gang warfare’. However, what is really required of course is the punishment and expulsion of those Muslim pupils who engaged in this utterly unjustifiable act of violence, as well as the arrest and imprisonment of any other family members who turned up to assist in this crime. By calling for 'talks', Hussain seems to be implying that there is some form of moral equivalence between the two sides. So far as I can see, this is not the case, for there is one clear aggressor and the aggressor must be dealt with firmly rather than pandered to. This is the only approach that will nip violence in the bud.
This sort of predatory violence has of course bedevilled Bradford for many years, as exemplified by a brutal attack upon an 89-year-old English woman in Lister Park (situated next to St Bede’s) and an assault upon an English pensioner couple by a Muslim gang within a fortnight of each other in June 2009. Neighbouring Dewsbury, with its large and growing Islamic enclaves, has also witnessed attacks upon English residents and buses. There are many other cases of aggression - including assault, arson and death threats – which go unreported either because the victims fear being stigmatised as ‘racists’, or because the media and politicians are unwilling to face up to it because of fears over what they term ‘community cohesion’ (in reality, a fear of losing Muslim bloc votes). It is against such a backdrop of ethno-religious aggression that the incident at St Bede’s should be viewed. 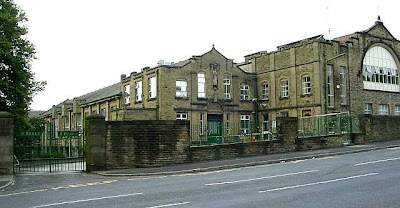