This blog does not really venture into the world of obituaries, but today there will be an exception, for Sir Patrick Moore, a man who helped to inspire generations of would-be astronomers to look up to the skies, and to take an active interest in the world of science in general, passed away shortly after midday. It was only earlier this week that he graced our screens on The Sky at Night, a programme of which he had been the host since its inception in 1957, almost six months before Sputnik inaugurated the Space Age. Would Moore have thought, that at the relatively youthful age of 34 he would still be presenting the show right up until his death some 55 years later at the age of 89? No other television programme around the globe has possessed the same presenter for such a long period.

Sir Patrick was renowned for his mild eccentricity as exemplified in his wearing of a monocle, and to a lesser extent, his virtuoso xylophone playing. He was also a politically active man over many decades, and the views that he held were very much unlike those of a stereotypical BBC presenter. Whilst, as might be expected of many a BBC host, he was an opponent of fox hunting and blood sports in general, he was also a strong Eurosceptic and an admirer of Enoch Powell. In the 1970s, he held a staunch anti-immigration position, and was Chairman of an entity named the United Country Party before its merger with the New Britain Party. Later, he was to become a keen advocate and patron of UKIP. Sir Patrick was refreshingly out of kilter with the BBC mainstream, and was a man who spoke his mind. His presence will be missed. Who, if anyone, will now take on the mantle of the BBC's elderly champion of non-PC attitudes? 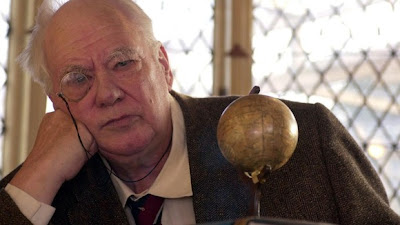