No Respect from Salma: Yaqoob quits

Not so long ago, George Galloway was cresting the wave of media popularity born of his spectacular success in the Bradford West by-election, but this evening he may be a little crestfallen following the resignation of colleague Salma Yaqoob. Not only has she resigned as Leader of Respect, but she has left the party altogether. This move, it seems, has been precipitated by Galloway's recent notorious comments about "bad sexual etiquette" in connection with the rape allegations made against Julain Assange. Yaqoob issued a statement on the Respect Party website that read:


It is with deep regret that I have decided to resign from Respect. The last few weeks have been extremely difficult for everyone in the party. I feel necessary relations of trust and collaborative working have unfortunately broken down. I have no wish to prolong those difficulties, and indeed hope that they may now be drawn to a close.

I remain committed to the principles and values that led me to help found Respect. The policies we have fought for need to be voiced as loud as ever in opposition to a political establishment that remains out of touch with working people.

I would like to thank everyone in the party for their support over the years; I wish everyone the very best for the future and in those common struggles for peace, justice and equality that I am sure we will all continue to be involved in.

Other than Galloway, Yaqoob was the most publicly visible member of Respect, and quite where her resignation leaves the party is an interesting question. According to The Telegraph and Argus, Galloway himself is tomorrow due to address an all-female audience in the form of the Bradford Muslim Women's Council, which should, given recent events, lead to some interesting questioning. It would seem that Rula Lenska's pussy won't be purring by this time tomorrow evening. Another question begs to be answered: will Yaqoob join the Green Party? In terms of policy, it would seem a natural fit for her. Wherever she goes, The Guardian will obligingly swoon about her every move. 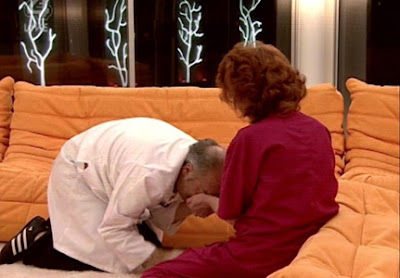