Dewsbury has borne witness to some extremely nasty anti-White race attacks in recent years, perpetrated by what the press describe as "Asian" (i.e. Muslim) assailants. Only last October, a protest was held at the local Thornhill Community Science College to draw attention to Muslim attacks on ethnic English pupils at the school. Now, a local paper has reported that last Sunday a mother and daughter visiting Dewsbury Cemetery to lay flowers on their (grand)mother’s grave were cruelly taunted by a gang of "Asians". The insults hurled at them included “white slags” and “white trash”. Both mother and daughter were understandably shaken and deeply upset, and momentarily feared that the all-male gang, perhaps containing as many as 20 members, might attack. Thankfully, the abusers withheld from launching a physical assault.
The unnamed woman had originally lived in the Westtown district of Dewsbury, but moved to Hull some twenty years ago. She and her family must be relieved that they do not today live in Dewsbury, where elements of the local mainly Deobandi Muslim population show aggressive contempt towards the English and non-Muslims generally. Thankfully, at least on this occasion, a local paper has actually acknowledged that this incident was racially motivated, and the police are paying attention to the case. Let’s hope that a real effort is put into tracking down the callous members of this gang so that they are called to account for their actions. The full story is reproduced below.

Race attack on grieving family...
A MUM and daughter paying their respects in Dewsbury Cemetery were subjected to a torrent of racist abuse by a gang of up to 20 Asians.
The 39-year-old white woman, who was with her 11-year-old daughter, was going to lay flowers at her mother’s grave.
The mum and daughter had just been dropped off at the Pilgrim Crescent entrance while the woman’s husband went to park up.
It was at this point that a gang of Asian youths gathered and  began taunting them.
They were called “white slags” and “white trash” as they laid flowers on a grave only yards away.
The woman, who asked not to be named, said her daughter was reduced to tears and added: “She was shaking. I had to hold her hand to keep her calm.
“I was frightened and thought we were about to be attacked. Thankfully they stayed by a wall near the cemetery gates.”
The woman, originally from Westtown, had travelled from Hull with her daughter and husband to visit her mother’s grave.
They had just been dropped off by her husband at around 3pm on Sunday when the incident happened.
The husband realised what was happening and drove back to pick them up.
“My husband could see that things were not all right,” said the woman. “Our daughter had drawn a picture for her gran and was putting it on the grave.
“She couldn’t understand why these youths would be so abusive and I don’t either. My mum died only recently and things are still a bit raw.
“Westtown used to be a lovely area when I lived here 20 years ago. I don’t know what’s happened to it. There’s just no respect any more.”
A West Yorkshire Police spokesman said the victim made a complaint after returning to Hull and would be interviewed by Humberside Police.
He urged people to report incidents as soon as possible and added: “We take any form of hate crime extremely seriously.
“Such incidents should be reported to us as soon as possible so that we can get to the area and deal with the offenders.” 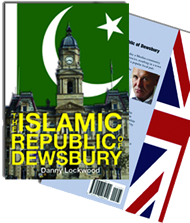