“We are a big open economy. People have to be able to move in and out.” (David Willetts).

Does this statement square with the Conservative Party’s pledge at the last General Election to bring down net immigration to the “tens of thousands” annually? Does the recent announcement that George Osborne supports the Office for Budget Responsibility’s goal of allowing average net immigration of 140,000 each year between now and 2016 tally with this promise? Does the fact that in the past twelve months we have witnessed the highest ever level of net immigration, gaining some 252,000 people, illustrate any intent let alone move, to put a break on the mass settlement of our country by outsiders? Of course not! 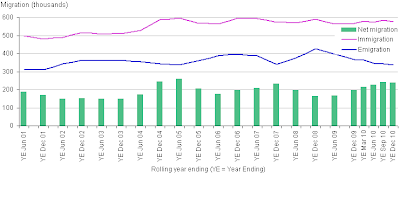 Does it surprise you? If so, why? Did you genuinely think that the Conservative Party seeks to represent the interests of the people of this country? Were you really gulled by the cod patriotism of this party of privilege? When it talks of “repatriating powers from Brussels” it has no real intention of bringing about a meaningful repatriation of sovereignty, or giving people a greater say in the governance of their country, for the only aspects of the EU that it truly dislikes are those pieces of legislation that afford protection to the wages and working conditions of the lowest paid and those in the least secure employment. It truly does believe in the concept of ‘UK PLC’, but unfortunately, it happens to be a party of asset strippers who care nothing for the ‘company’ that they run, thus its long-term viability and health are not their concern. It favours cheap, fragmented malleable labour, which is why it is intent upon facilitating mass immigration at a time of mass unemployment. The Conservative Party is just one of many self-interested entities promoting globalism to the detriment of the national interest.
Owing to immigration we have in the past year seen our population increase by the equivalent of more than a city the size of either Nottingham or Wolverhampton, and yet for each of the next five years, Osborne wishes to see it increase by the equivalent of another Bolton. Where are these people to live? We have a housing crisis, and England is according to Migration Watch the sixth most densely populated country on the planet. The Office for National Statistics reported that in the year to September 2011 the number of housing completions stood at 106,000. The rate at which we are building new homes is inadequate to meet the needs of the existing population, and the majority of these new houses and flats are of inferior dimensions compared to those that were built in the pre-Thatcher era.
Moreover, we cannot grow enough food or generate enough power to sustain ourselves at a time when a booming global population is placing increasing pressure on these resources and generating underlying structural inflation; our security is thereby jeopardised. Our transport infrastructure is groaning under sheer weight of numbers. We have permanent and rising mass unemployment, together with increasing social fragmentation and alienation. In many of our cities and an increasing number of towns, there is no sense of community, just a plurality of random ethnic groups from around the globe who happen to live next to each other. In such places there is no trust, and thus no glue to hold society together; there no longer is a society.
Why would anyone in full possession of their rational faculties therefore choose to exacerbate all of these problems still further for the sake of a nominal and highly marginal improvement in aggregate GDP? It is per capita GDP, not aggregate GDP that matters, for the former can increase at the same time as the latter falls, resulting in a decline in personal wealth and living standards. This is what we are witnessing. We are told that our economy is enjoying ‘growth’, but if this growth is said to have been 0.5% over the last quarter, up from 0.1% during the preceding period, is this actually growth when CPI and RPI are raging away at 5% and above? Does this not actually represent an aggregate contraction in our national wealth, rather than growth? 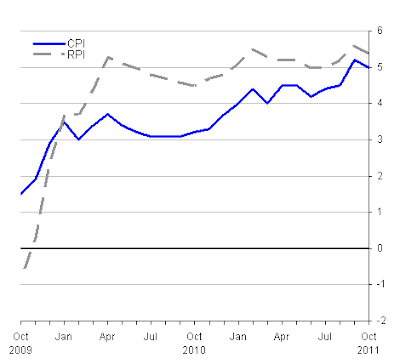 Alas, we will not be hearing these questions raised by the BBC, for this mouthpiece of the dominant political interest in the UK is no more objective than Pravda during the Soviet era. The ideological ties that bind its editorial staff and leading journalists with those of the political elite (I prefer the term oligarchy) are strong, for they form a tightly knit social clique. For example, it is well known that many of them studied at the same elite institutions and took the same subjects; thus, this morning we witnessed David Willetts (Politics, Philosophy and Economics, University of Oxford) being interviewed by Evan Davis (Politics, Philosophy and Economics, University of Oxford) both concurring upon the desirability of mass immigration as exemplified by Willetts's quote which heads this article. To study this combination of subjects is no bad thing, but what is not so good is the fact that so many key figures within the public life of the UK took this subject at this venerable institution, which is to say, that it has produced the most powerful old boy (granted, there are also women within it) network in the country. For example, in the world of politics David Cameron and William Hague happen to have studied PPE at Oxford, as have the brothers Miliband, Ed Balls and James Purnell. In the BBC its alumni include David Dimbleby, Nick Robinson and Stephanie Flanders, and a frequent guest on Question Time – Islamist and New Statesman Senior Editor (Politics) Mehdi Hasan – is also included amongst their number.
Precisely what is on the PPE curriculum I do not know, for I have not studied any of these subjects at Oxford, and I am not personally acquainted with anyone who has done so; yet I suspect, given the consensus amongst PPE alumni with respect to the promotion of globalism, mass immigration and multiculturalism, that all of these are espoused by their tutors as being a ‘good thing’, and that the topics which they are asked to consider, and the authors and sources which they are recommended, tend towards the creation of a mental outlook supportive of all three. It is against this backdrop that Evan Davis’s seemingly naïve incomprehension at why a newly published Ipsos Mori poll revealed a “generally negative perception” of mass immigration must be understood. On last Friday's Today Programme he purported to find it odd that both Scotland and London had significantly “less cold” attitudes towards immigration than elsewhere in Britain, whereas the reasons suggest themselves readily enough to anyone not wearing PC blinkers: the Scots have not suffered mass immigration to anything like the extent witnessed in England, and a huge proportion of the poll’s sample from London will either have been made up of immigrants themselves or the recent descendants of immigrants. Evan Davis is it would seem, a bright chap, but not a very sharp one. Perhaps we ought to import some new journalists?