‘Rights for Rapists’, or, ‘Alphonse Semo, the Congolese ‘Kong’’


It has been rumoured for years that a relict population of dinosaurs could live deep within the Congolese jungle; yet whereas the prospect of coming face-to-face with a giant lizard might seem terrifying enough, this is as of nothing, particularly if you should be a woman, when compared to coming face-to-face with a real beast from the Congo: Alphonse Semo. Unfortunately for us, Semo is no longer a resident of the Congo, but of the United Kingdom.

Alphonse Semo is a repellent individual, and any state to which he did not belong that was rationally governed would send him back to his country of origin – the Congo - in an instant. Unfortunately, our country is not rationally governed, and thus Semo remains in England. The Daily Mail reports that the 54-year-old Semo has just been released from prison having been sentenced in 2002 to eight years for rape. His victim was dumped on a rubbish tip after he had finished with her.

This man came to this country claiming 'asylum', and look at the manner in which he repaid his host society! This brings to mind the recent Congolese attack on carol singers in Trafalgar Square, and the criminal damage that they inflicted upon property and cars; Congolese ‘asylum seekers’ trashing our country and behaving in the uncivilised manner to which they are accustomed in their land of origin. None of them should be here. What benefit do we gain by their presence? None. What disadvantages do we gain by their presence? Many.

Alphonse Semo was on the point of being deported from the UK, but was then permitted by a judge to marry his girlfriend who had just acquired German citizenship. This meant that he automatically gained the right to remain in the UK. Is this a rational decision? Is this a decision that will ‘enrich’ our country? The full story can be found at the Daily Mail here. 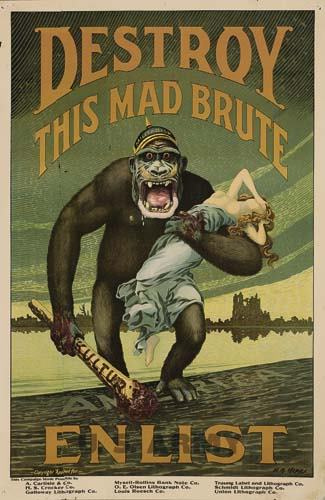