The Conservative Party currently appears to be in overdrive in its effort to undermine the threat from UKIP, with many leading members taking care to use language that could be mistaken for Euroscepticism by the electorate, whilst in the main remaining resolutely pro-EU. Even the Prime Minister himself, an undoubted Euro-enthusiast, has now been compelled by a solidifying Euroscepticism amongst a section of the British electorate to hint at concessions to public opinion on this score, coyly intimating that a referendum could eventually be in the offing. However, nothing could be further from his intentions than allowing the UK to leave the EU, and any referendum that may eventually be set before us (which in itself is doubtful) would be likely to be rigged in its wording. Nonetheless, anything less than full-blooded Euro-enthusiasm causes the BBC to balk, and thus it is that Cameron’s comment that he wishes to seek a “fresh settlement” between our country and the EU is sufficient for the BBC to take this as being tantamount to the ravings of a xenophobic Little Englander.

In his interview on this morning’s Today Programme, Cameron refused to divulge what he would say in his speech to be delivered in the Netherlands next week, although he stressed his globalist economic credentials by making reference to the UK’s “strong tradition of global trade”. Throughout the interview, the emphasis was very much upon rationalising EU via reference to economic imperatives, whilst ignoring the option of leaving the EU and negotiating mutually beneficial trading arrangements with members of the bloc. Neither the Prime Minister nor his interviewer touched upon the aspects of EU membership to which electors undoubtedly have not given their consent, such as ever-increasing and deeper political union and the intent to eventually form an economic union with the Muslim states of North Africa and the Middle East founded upon the principles of Euromed. There are many non-economic costs to EU membership, and the free movement of labour between member states has in recent years caused many problems in the UK by placing increased pressure upon housing, education and health, whilst undermining domestic wages and helping to entrench long-term structural unemployment. This is not something that either the BBC or Cameron are keen to publicise.

This month witnesses the end of transitional controls on the right of Bulgarian and Romanian citizens to come and work and settle in the UK. Although Cameron was pressed on this matter in this morning’s interview, he refused to provide an estimate of how many people are expected to arrive from these two EU member states. However, with a combined population of roughly 26.3 million and far lower average wages than the UK, it would not be unreasonable, taking into account previous experience with immigration from Poland, Slovakia and other EU accession states, for a wave of several hundred thousand immigrants to arrive. Where, when we have a housing crisis, will they live, and what will they do for a living as we struggle with mass unemployment in the depths of a protracted recession arising from our structurally unbalanced and globalised economy? These are questions that neither the Prime Minister nor the BBC are willing to answer, for they reveal one of the many economically and, importantly, socially costly negative consequences of remaining a member of the EU. Withdrawal from the EU would help us to manage our immigration problem, but that alone would not enable us to solve it completely.

When Cameron delivers his speech on the EU next week it will, like the many speeches delivered by leading politicians on this issue, be more or less interchangeable with those of the leaders of the other two major Westminster parties, whose motto may as well be “In the EU and globalism we trust”. Of one thing we can be sure: Cameron’s speech will be an anticlimax, and any great expectations that some voters may possess regarding the Conservative Party’s intent to allow a meaningful referendum upon EU membership will be dashed; these expectations will remain, like the book of that title, fiction. 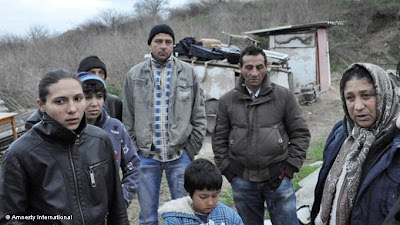