Bullying is an exceedingly nasty trait, and it would seem that for ‘French’ athlete Mahiedine Mekhissi-Benabbad, aggressive bullying is an intrinsic part of his character, most recently illustrated by his attack upon a 14-year-old girl dressed as a mascot following his win at Sunday’s Helsinki 3000m Steeplechase (see video below). Thankfully, the Daily Mail reports that the girl was only winded, but the manner in which he treated her reveals him to be a damaged character with an anger problem. Such behaviour has occurred before, as shown in the second clip, where at around a minute and 30 seconds into the video he is seen to contemptuously push a mascot into a kneeling position before him. He also received a 10-month suspension for attacking a teammate in Monaco in 2011.

What will happen to this arrogant 'Frenchman' of Algerian descent following this latest act of ill-tempered aggression? If I were French, I would not be happy to see this man representing my country and bringing it into disrepute, and would rather that he ran for Algeria instead. He may run for France, but he is neither French nor a sportsman. Kick him out of France. He's a liability. 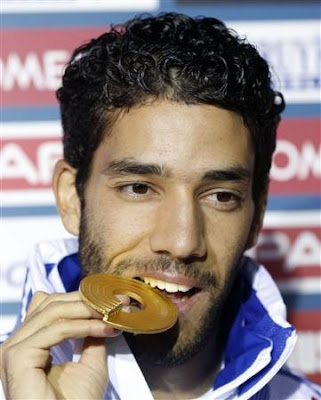 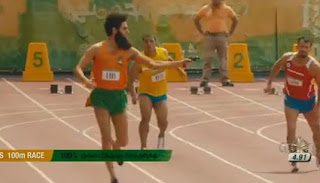