Today’s episode of Radio 4’s Crossing Continents turned its attention to Greece’s problem with illegal immigration, or rather, in its terms, to the problems faced by illegal immigrants in making their way to Greece, and thence ‘hopefully’ onwards to other states within the EU. The Radio 4 website prefaced the programme with the following:

Writer and broadcaster Maria Margaronis follows the route taken by migrants fleeing war or poverty who are risking their lives to reach the Europe Union. It is estimated that around 75 thousand people are attempting to make the perilous journey each year in the hands of unscrupulous traffickers. They are fleeing from war-torn countries like Afghanistan and Somalia or simply in search of a better life where their economic prospects aren't so bleak. Some of them never make it, suffocating in the back of a crowded lorry or drowning in the fast flowing river that marks the border between Turkey and Greece.

It is of course tragic that anyone should suffer in such a fashion, but where the real cruelty lies is in the fact of pretending that these people can be accommodated in Greece or anywhere else in Europe, thereby giving them the false hope that they will be welcomed and that the Greeks, or indeed any other European people, can provide them with what they are looking for: a place to live and wealth. In fact, one such illegal immigrant in a recent article by Der Spiegel also let on to another motivational factor amongst the predominantly male influx from Africa and Asia that the mass media never dares to publicise: European women. The illegal immigrant to Greece in question was a Bangladeshi named Oyud:

To him, Europe sounded like clean cities, beautiful women and cool cars.

In other words, the illegal immigrant influx comes in search of three primary objects: wealth, territory and women. To the uncouth ragbag of Afghans, Pakistanis, Somalis and North Africans, the ‘soft’ European nations appear an easy and tempting target. These incomers know how to play to the human rights gallery, tugging at the heartstrings of the gullible, whilst themselves possessing no respect for the concept of these rights whatsoever, but all-too eager to utilise them as an expedient means of securing their permanent settlement in Europe.

Although the phrase ‘fortress Europe’ is often bandied about, what kind of a ‘fortress’ is it that seeks to secure the ingress of millions for the settlement of its lands, and the displacement and replacement of the native European peoples that its critics claim it seeks to protect? Its borders are weak, and their defence is nothing other than nominal. When, for example, the travesty of a border defence force named Frontex intercepts illegal immigrants in Greece, it arrests and then releases them, demanding that they leave the country within thirty days. Where do these people go? Not home, that is for certain. They remain in Greece, or manage to take the next leg of their journey overseas to elsewhere within the EU. This is a farce, albeit one that can only be appreciated by those possessed of the most sardonic humour.

Why is it that these alleged ‘asylum seekers’ do not stop in Turkey? The answer is quite straightforward: Turkey does not recognise the right of asylum, unless it should be for Europeans fleeing neighbouring European states. How very convenient. Crossing Continents made it clear that the Turkish police turn a blind eye to people trafficking, which affords a living to many on the border between Greece and eastern Thrace. It seems, as confirmed by one of the interviews carried out by Margaronis, that the Roma, as illiterate and demi-criminal in Turkey as they are elsewhere, plead necessity in justification of ferrying the illegals across the Evros River, as do many local Turks. Although it was not stated in the programme, it would come as no surprise if many Turks were to savour the pain inflicted by this human flood upon their longstanding Greek foe to the West.

Greece is not a large country, and its native population is modest. Even before its current economic crisis, the volume of immigration that it was subjected to was beyond that which could be comfortably borne, but now in a time of crisis, when such a high proportion of Greeks find themselves unemployed, the value of wages is falling, and the provision of basic medical services collapsing, what had been an increasing irritant and discomfort, has now become intolerable. Critics claim that it is not the fault of the immigrants that Greece finds itself in its current economic crisis. Whilst it is true of course that they did not precipitate the transnational crisis of high finance, their presence offers nothing by way of help in solving Greece’s economic crisis, did nothing to stave it off, and functions as a massive drain on the economy. The illegal immigrant presence is a dead weight upon the Greek people that threatens to drag them and their country down still further. If the influx is not stemmed and reversed, what will become of Greece and the Greeks? Could it become the first European state to collapse and be overrun by non-Europeans? It is such rational concerns, practically ignored and unacknowledged by mainstream Greek politicians, that have found direct electoral expression in the rise of the Golden Dawn.

The rapid increase in the immigrant population of Greece has been startling: in 1991, only 167,000 out of a population of 10,259,900 were classed as 'foreigners'. By 2001, the immigrant figure had risen to 762,000, whereas today, the Research Institute for European and American Studies claims that there are approximately 2.5 million illegal immigrants in Greece, the greater part of them originating in Asia and Africa. Other estimates suggest up to 3 million. Given the size of these estimates relative to Greece's population, can they really be credible?

The raw figures themselves are alarming, but the problem of numbers alone – great as they may be – is compounded both by the cultural incompatibility of the majority of illegal arrivals – who happen to be Muslim – and by the fact that they are overwhelmingly male. This plus economic crisis makes for an explosive situation. Greece can take no more immigrants, just as other member states of the EU can take no more, and a clear message needs to be sent to would-be immigrants in Africa and Asia, that they are neither needed nor welcome in our countries. The globalists of course, and their confederates the EU high commissioners have other ideas, and wish us to take in ever more. If this happens, we run the real risk of eventual societal and economic collapse, and all of the attendant potentially bloody chaos that that would engender.

I have no liking for the type of politician who is willing to physically strike a political opponent, on television at that, but when the media – whether it be the BBC or the New York Times – make anxious sounds about the rise of the Golden Dawn, they should perhaps look inwards and examine the positions and policies that they happily advocate – those of mass immigration and multiculturalism – and ask themselves whether these make for stable and content societies, or unstable and fractious ones. That narrow transnational stratum that gains immense wealth from the promotion of globalisation, and provides the impetus for the attendant ideology of globalism, cares not about the fates of individuals or nations, and cloaks its selfish intent in the language of a humane universalism, tarnishing all who would stand up for the right of nations to political self-determination as ‘fascists’. Greece, the fountainhead of so much that makes the West distinct, runs not the risk of entering a golden dawn, but of a cold dead night. Will it manage to withstand the trials with which it is now beset, and what example, if any, does it set the rest of Europe today? 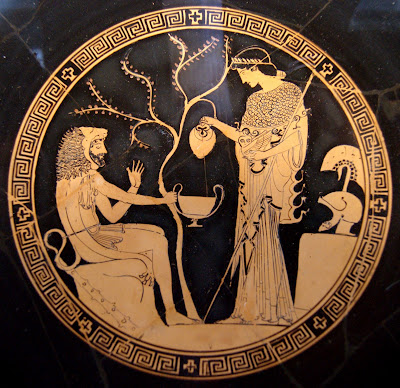