Finding a job today is tough, and finding work at the best of times is hard enough for many people with disabilities. Remploy, established in 1945 to provide disabled people with factory work, has recently announced that it is to close 36 of its 54 sites across the country, which has understandably led to a sense of abandonment amongst the staff who will be laid off. It is thought that 1700 will lose their jobs in all, with 1500 of these having disabilities. Today, 300 employees therefore participated in a protest against the closures in Sheffield, with the BBC quoting Remploy worker Vicki Charlesworth as saying:

“A lot of people will not get jobs. What are we going to do? We are going to be in a right state.”

Her concerns would appear to be well placed, for according to The Independent, GMB General Secretary Paul Kenny stated:

“The last time the Government shut [Remploy] factories, they said that it would be absorbed into mainstream employment – 90% of those people who lost their jobs last time are sitting at home on benefits and have never worked since.”

The Government appears to have used the findings of a campaigning charity named Radar to provide part of its justification for the closures, with Radar’s June 2011 report suggesting that Remploy employees would be better off working in mainstream employment. Quite clearly, many Remploy workers would not agree. Through forcing the closure of Remploy factories the Government is pretending to act in a ‘progressive’ fashion, whilst in reality condemning many disabled people to long-term unemployment and the attendant material, social and psychological problems that this can engender. Whilst some who work for Remploy will undoubtedly be capable of working elsewhere for mainstream employers, how will they be able to find such jobs? The types of disability experienced will be highly varied, and many will have restricted mobility that could limit their ability to commute.
How much money will these closures save when compared to the additional costs that will be brought about through these job losses and the problems that they will generate? Is this really about the “integration” of disabled people into wider society, or about dogmatic hostility to the state providing assistance in the form of employment for the disabled? 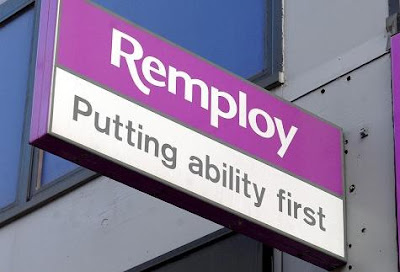