First we had the scandal of Bradford Respect candidate Asif Khan pictured on Facebook holding a machine gun, and now we have another involving sitting Labour Muslim councillor for the city's Toller ward, Amir Hussain. On this occasion however, Mr Hussain is not brandishing a machine gun, but holding a rocket propelled grenade with two guns in the background! Where was this delightful picture (see below) taken? Well, apparently it was taken in Afghanistan as was Mr Khan's, this time 20 rather than 10 years ago. What was Mr Hussain doing there? The Telegraph and Argus reports him as saying that he made the trip "as a local businessman, to distribute funds raised as part of a Bradford radio appeal." If you gave money to that appeal, how do you feel now? Duped?

How very strange that Amir Hussain's and Asif Khan's 'charitable' missions to Afghanistan both involved heavy-duty firearms. These followers of the "religion of peace" certainly have an odd perception of 'charity', do they not? Politics in Bradford is a rum old business.


Amir Hussain on his 'charitable' mission to Afghanistan 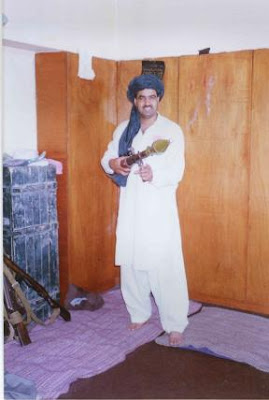