The Met Office is quite right to state that the limits of accurate weather forecasting tend to stretch no further than five days into the future, yet it does still produce three-monthly forecasts that are not widely publicised. That its most recent one was not drawn to the public’s attention is just as well, for its 3-month outlook issued on 23 March stated the following:

‘The forecast for average UK rainfall slightly favours drier than average conditions for April May June as a whole, and also favours April being the driest of the 3 months.’

If April is to be the driest of the three, then keep your boats and inflatables at the ready, for as of 25 April an article on the Met Office site stated that the month to date had been the 9th wettest April recorded in the UK, with the wettest being in 1910. Yet more heavy rain is forecast for tomorrow, so in some areas at least (it is already the case in Sheffield) a new record is likely to be set.

Meanwhile, the ice prophet Piers Corbyn has this week followed up on his dire prognostications regarding the forthcoming “coldest May in 100 years” for central and eastern Britain and parts of western Europe, stating that:

“The Sun’s magnetic field is getting into a muddle as one half of it changes out of step with the other and this muddled behaviour is likely to become very marked in MAY.”

With dire warnings such as these, Corbyn had better hope that this gamble pays off, and does not once again leave him with egg on his face. Irrespective of his forecasts and statements regarding global cooling, the sea level continues to rise and the volume of ice on the planet continues to decrease. Meanwhile, science attempts to grapple with understanding the complexities of the climate system, and the Met Office to produce accurate forecasts beyond the current five-day limit. Corbyn may be right to emphasise that solar influences are not accorded sufficient weight in weather and climate forecasting, but he is wrong to believe that he possesses the key to long-term forecasting, for his past failures show that he does not. However, what would be interesting would be for an analysis to be carried out of his forecasts versus those of the Met Office over the past decade to ascertain which proved to be more accurate. 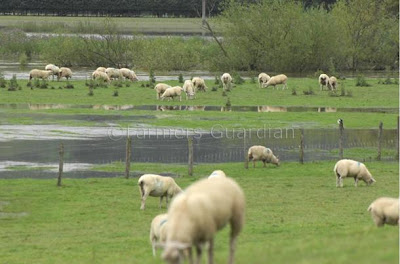