Whither the Liberal Democrats?

With the results in from the three parliamentary by-elections held in Corby, Manchester Central and Cardiff South and Penarth, and the outcome of the first elections for Police and Crime Commissioners (PCCs) filtering in from across England and Wales, a number of clear messages are becoming apparent. The first of these relates to widespread voter apathy, with turnout – particularly for the PCC elections – being remarkably low. So unmotivated to visit the polls were electors, that the Corby by-election turnout of 44.79%, which in itself would normally be seen as low, looked very high compared to what was achieved elsewhere. In Cardiff South and Penarth, turnout was a meagre 25.35%, whilst in Manchester Central, the corresponding figure stood at 18.2%. The last of these figures was noteworthy for being the lowest turnout in a parliamentary contest since the Second World War, but even so, it seemed high when compared to the percentage turnout in the PCC elections, which in many areas was below 15%.

Whereas these figures in themselves constitute an indictment of the current state of our democracy and of the wasted £100 million allegedly spent in introducing elected PCCs, they also contain some interesting messages for our existing political parties. Although Ed Miliband’s Labour Party may be trumpeting its relative success today, the clearest message for any party has been delivered to the Liberal Democrats, and its content cannot be seen as anything other than highly disagreeable for its membership; overall, the party has been resoundingly crushed. In Corby, its share of the vote plunged from 14.5% in 2010 to just 4.96%, with its candidate Jill Hope losing her deposit. The party was squarely beaten into fourth place by a robust performance from the UKIP candidate Margot Parker who took 14.3% of the vote. As UKIP did not stand a candidate in Corby in 2010 and the Conservative share of the vote went down by 15.6% on this occasion, it seems clear that many traditional Tories disaffected with the Cameroonian coalition switched their support to UKIP. Other candidates fared so poorly as not to be worth a mention.

Although the Liberal Democrats managed to hang on to second place in the Manchester Central constituency, their share of the vote collapsed from 26.6% to 9.4%, whilst in Cardiff South and Penarth they narrowly held onto third, place despite their corresponding share falling from 22.3% to 10.8%. Whereas UKIP may have been ebullient about Corby, their shares in these two by-elections were rather more modest, although they were both up from the last General Election: 4.5% and 6.1% respectively. UKIP are therefore enjoying something of a fillip in their fortunes, but the percentages that they are polling fall way short of offering them the prospect of winning any Westminster seats. However, from the perspective of the Conservative Party, a resurgent UKIP that could potentially ‘rob’ them of anywhere between 10 and 15% of the vote in any given constituency, might cause them to lose many more marginal seats to Labour. Farage’s party could therefore be strong enough to damage the Conservatives, but not robust enough to take any power for itself. This in itself is indicative of two of UKIP’s primary weaknesses: its embrace of Thatcherite globalism, which is justifiably unpopular with all but a minority of the electorate, and the manner in which the party is run.

The experience of coalition government has clearly done the Liberal Democrats massive damage. Their unpopularity should not be seen as the straightforward consequence of Nick Clegg reneging over his promise regarding university tuition fees, but as indicative of a wider discontent with Liberal Democrat policies. Whilst I am no fan of our mainstream political parties, when the Coalition Government formed I had a glimmer of hope – admittedly illusory – that the fusion of the separate policy agendas of the Conservatives and Liberal Democrats could result in something more positive than either alone would impose. Like many people, from the Conservatives I hoped for a robust approach to the EU which would have presented us with the option of withdrawal, as well as an end to mass immigration and to the legislation that muzzles free speech in the name of political correctness, whereas I wished for the Liberal Democrats' approach to economics to temper the asset-stripping globalist monetarism of the Conservatives.

This best of both worlds outcome however, was not to be, for we ended up with an inversion of this scenario: the rigorous promotion of Liberal Democrat policies in favour of the EU, mass immigration and political correctness, combined with the ongoing ruinous globalist economics promoted by Osborne. Who therefore, other than the stereotypical sandal-wearing bearded liberals of yore, would have any positive regard for the Liberal Democrats today? Personally, I know people who have supported the Liberal Democrats and their predecessor parties for decades (none of whom wear sandals or sport beards of any description), and yet they are disgusted with the party’s attitude towards the EU, mass immigration and political correctness, as well as of course, tuition fees. They would willingly support a party that put an end to this ongoing undermining of our national sovereignty and social fabric, providing of course that it was reasonable, in favour of genuine freedom of speech, assembly and expression, and not some monstrous authoritarian entity harbouring tacit agendas imbued with sinister motives. In this respect, they are like many people today, who feel that they possess no real political choice and no viable political party to vote for. A new mainstream anti-globalist party with a libertarian streak is required, and the various alternatives currently being hawked in the political market place do not fit the bill.

Returning to the question of the future electoral prospects of the Liberal Democrats, what lies in store? One development that could have a major bearing upon their prospects relates not to their current unpopularity in England and Wales, but to the future status of Scotland, for it could, after all, theoretically have left the Union by 2015. Scotland is home to 11 Liberal Democrat MPs. Another major bailiwick for the party is the West Country, where it has for many years provided the effective opposition to the Conservative Party and has won an impressive number of seats. Quite how many of these it might lose in 2015 however is moot, for the West Country is also one of the strongest areas for UKIP, which given its current stronger showing could take considerable numbers of votes from Conservative candidates in many seats where they are challenging the Lib Dems, potentially allowing the latter to retain their seats. It is a complicated picture, and we have another two and a half years before the next General Election, so much could change in that time. Nonetheless, whatever should happen, the future does not look bright for the Liberal Democrats who could be replaced by UKIP as the nation’s third party. Then again, what impact might a new political entity with the correct policy formulation make? Time will tell. 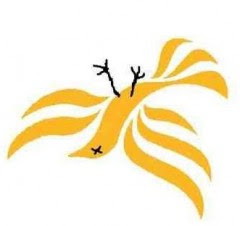