Cartoons. Amusing? Satirical? Intellectually stimulating? Topical? The best cartoons are all of these things, and the freedom to ridicule in pictorial form is one of the distinguishing marks of a free and open society. For some reason, many Muslims don’t appear to be overly keen on this form of art, nor indeed upon amusement, satire, intellectual stimulation or topicality.
Some cartoons are not that good; others just plain rubbish. Occasionally, (albeit rarely), they may even be deemed to be offensive in the eyes of the beholder, but none of these reasons is sufficient to merit the censorship of material, let alone threaten cartoonists with death. Still, those of you familiar with the Motoons ‘scandal’ which was whipped up by an Imam holding a Danish passport in 2006, will realise that there are vast swathes of people who describe themselves as Muslims who are willing to take great offence at any depiction of their paedophile prophet, so much so that they will kill to avenge a dead man’s ‘honour’.

Kurt Westergaard is the most famous of the Danish cartoonists who depicted Mohammed in a slightly unflattering light (i.e. accurate in terms of spirit, although not technology, for the type of bomb depicted in his turban was not available in the seventh century) who has since had to live in fear of his life, but it is a story relating to a Swedish cartoonist – Lars Vilks – that has hit the headlines today. Thankfully, the BBC reports that Irish police have intercepted a plot to kill Mr Vilks, and arrested four men and three women, all of whom are Muslims of Moroccan and Yemeni origin but now unfortunately holders of Irish passports. They had settled in Ireland using the common ruse of claiming refugee status. If indeed they genuinely do fear for their lives in their homelands, they should now be returned to meet their fate, for they saw no wrong in attempting to take the life of the innocent Mr Vilks.
How many plots and acts of violence; how much aggressive rhetoric and Islamist politicking will it take to wake up mainstream politicians to the menace of contemporary Islam? Alas, I fear that the majority of them will never awaken, for they are too obsessed with courting the vote of the burgeoning Muslim population and not giving “offence” to their prospective electors. Geert Wilders is bravely making a stand in Holland and garnering popular support, but will he succeed, and who else is strong enough to make such a stand elsewhere in Europe?
Now, when it comes to inflammatory imagery, which of the below would you say matched that description most closely? The Vilks cartoon is of the ‘Mo-dog’, whereas the octopus (slight tinges of anti-Semitism there?) is taken from the Muslim press. For further details see http://news.bbc.co.uk/1/hi/world/europe/8558022.stm 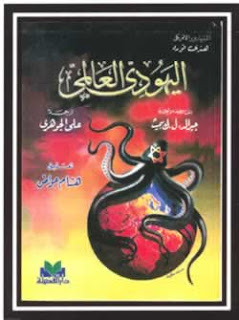