The banning of today’s Pegida rally and other ‘open-air gatherings’ in Dresden has been well publicised following a ‘concrete threat’ against the group, specifically its most prominent member, Lutz Bachmann. Pegida, on the other hand, has claimed that it took the decision to scrap the rally following an order from Islamic State to assassinate Bachmann. The ban, imposed by Dresden police, will last for 24 hours, but thereafter it is unclear what will happen regarding further protests. Clearly, the safety of leading Pegida members and their supporters is paramount, but it is chilling that these death threats have led to the cancellation of a peaceful and perfectly legitimate demonstration. Nothing could more clearly validate Pegida’s case that Islamisation is a real and growing danger for Germany and other European societies, than this death threat.


Additional evidence that the violent Islamist fifth column is successfully manipulating European politicians to further embed and privilege Islam within our societies comes from France, where another banning order was implemented in Paris yesterday. The ban related to an anti-Islamisation rally – 'Islamists out of France’ – which had been planned well in advance of the Islamist terror attacks in Paris earlier this month. The two organising groups - Riposte Laïque and Résistance Républicaine – have for a number of years been campaigning and warning against the Islamisation of France, but have hitherto not managed to mobilise mass support for their cause in their demonstrations. The latest rally has been banned upon the grounds that it would incited ‘hatred’ and ‘division’. The organisers correctly advised their supporters not to turn up, understanding that the authorities would use this as a pretext for manufacturing potentially violent confrontation and arrests. 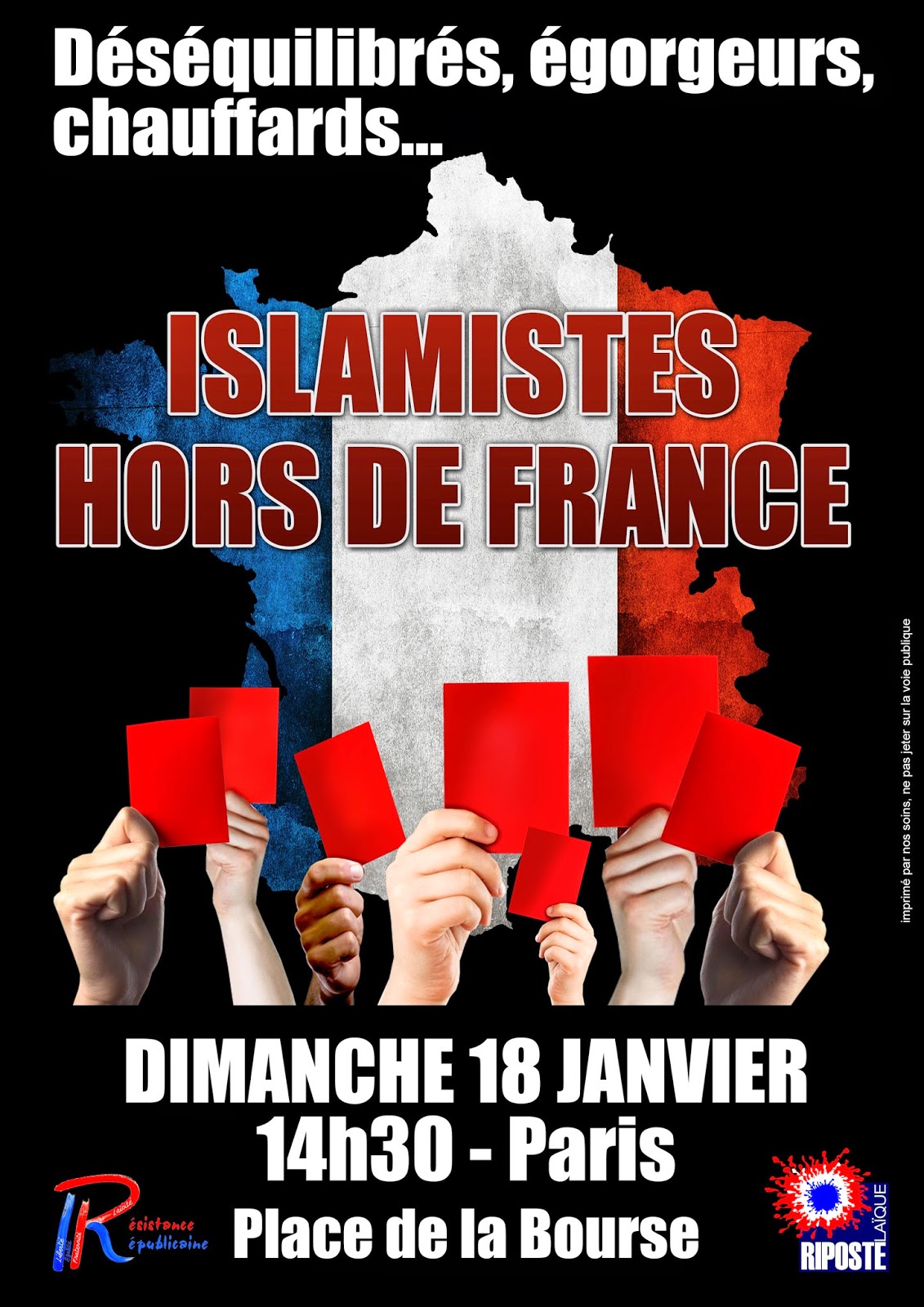 Melanie Dittmer of Pegida, along with anti-Islamisation activists from Belgium (Pierre Flip), Italy (Armando Manocchia) and Switzerland (Jean-Luc Addor), had also been invited to the cancelled Paris rally. In its place, they, together with the organisers, held a press conference which provided an overview of resistance to Islamisation in their various countries. Elsewhere in France, sister rallies took place in Montpellier, Bordeaux and Lyon. It was noted that Pegida had now also established itself in Belgium, Spain, Italy and Switzerland.
Anti-Islamisation Protesters in Montpellier
﻿ 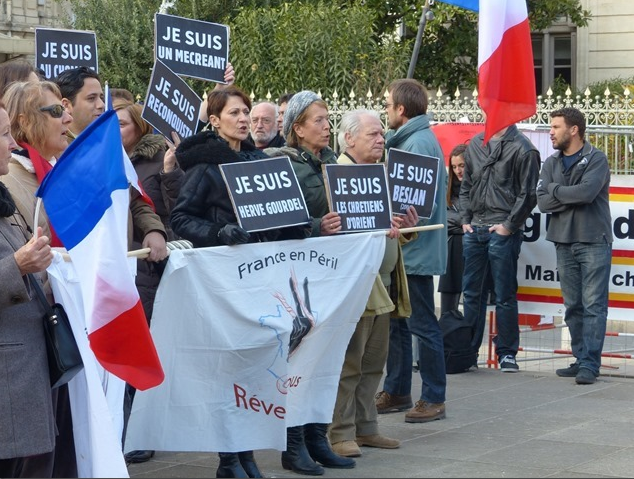 The official reaction to the Islamist attacks in France has possessed a clear agenda: to exonerate Islam, and to reinforce Islam’s place in France in the name of a non-existent ‘unity’. Correspondingly, Minister of Justice Christianne Taubira has announced a strengthening of so-called ‘anti-racist laws’ in connection with the right to criticise immigration and Islam, seeking to criminalise the non-existent phenomenon of ‘Islamophobia’. Riposte Laïque and Résistance Républicaine are correct in drawing the conclusion that the French state is likely to make them illegal, along with other kindred groups in the identitarian movement such as Bloc Identitaire, on the grounds that they incite ‘hatred’ and ‘division’ amongst the French people. If indeed, this does happen, Islam would effectively have been provided with immunity from criticism in France; an Islamic blasphemy law would have been enforced.


Whilst the ‘Islamists out of France’ rally against a growing fifth column was banned, a ‘Muslim-leftist protest’ was permitted to take place in Paris yesterday at the time scheduled for the former. It was accompanied by cries of “Allahu-akbar” (see video below).


We therefore see that despite the recent apparent mass demonstration in favour of freedom of speech and expression in Paris and across France, the Hollande administration does not genuinely believe in the concept of free speech should it involve criticism of Islamisation and other negative impacts of mass immigration on French society. It is also worth noting that although Marine Le Pen has recently been criticised by another leading Front National figure for going soft on Islam, she was excluded from the recent officially-sanctioned ‘Je suis Charlie’ march in Paris. What we are witnessing therefore, is an uncanny parallel to the political scenario outlined in Michel Houellebecq’s most recent novel ‘Soumission’ which was published on the very day of the Charlie Hebdo murders. In this, French political parties of Left and Right make common ground in 2017 to prevent the Front National from winning the presidential election, and thereafter an Islamist becomes leader of the Socialist Party and wins the presidential election of 2022, implementing Shariah in France. Houellebecq himself has admitted that the timescale employed in the novel has been somewhat accelerated, although he has emphasised that its scenario could well play out over the longer term. That said, the anti-Front National coalition in the 2017 elections appears to be a certainty, and the actions of a handful of violent Islamist fanatics has seemingly helped to cement Islam’s official place in France, rather than generating a wave of revulsion against the source of Islamism – Islamic doctrine – amongst the French political class.