Who will stand in the Corby by-election?

Today's announcement that Louise Mensch is to stand down as an MP to move to New York to spend more time with her family comes as quite a surprise. Unlike many previous occasions when we have seen frontline political figures bow out of the limelight "to spend more time with their families", on this occasion the phrase does not appear to be a euphemism for having been persuaded to go for the good of the party. Although she may have divulged on a recent episode of Question Time that she had taken Class-A drugs when younger, this elicited little more than a few disgusted gurns from a number of the more sanctimonious members of the audience, rather than any scandal.


It is with enormous regret that I accept your resignation as the MP for Corby and East Northamptonshire, a seat that had beenLabour for thirteen years before you.

Quite clearly, the Prime Minister could do without this by-election, particularly at a time when his minority coalition Government appears to be undergoing something of a rocky patch owing to the recent abandonment of a pledge to reform the House of Lords, a move which has alienated the Liberal Democrat junior coalition partners. Ed Miliband, currently riding high in the polls simply because his party is one of the big three not in office rather than because of any intrinsic public trust in Labour, must be feeling delighted today, for Mensch took the seat after being parachuted in as part of Cameron's "A List" with a majority of only 1,951. It must be assumed therefore, that Labour will make considerable efforts to win the by-election which is expected to take place on 15th November.

Who then, is likely to stand at the election? It is understood that the local Conservatives are keen for one of their own to contest Corby this time around, rather than having another candidate imposed by the centre, but no suggested names have yet been forthcoming. On the other hand, Labour's candidate will be Andy Sawford, who today announced his candidature whilst deploying a number of predictably dull Labour verbal formulae, presumably lapped up with his mother's milk, for his father, Phil Sawford, was Labour MP for nearby Kettering from 1997 to 2005. ITN quote Sawford the Younger as follows:


Labour is now looking forward to the campaign ahead, fighting for action on jobs and the economy, supporting our local services which are facing massive cuts and working with local community organisations.

During the by-election we will focus on the two wasted years of Tory policies that have taken the country back into recession and left Corby suffering job losses in both the public and private sector.

This will be a tough election for Labour but we are determined to hold this Tory-led Government to account by showing the disastrous impact of their policies on the people of Corby.

Not exactly very inspiring stuff, but at least John Prescott does not seem to have been permitted to pen his announcement. As Sawford will be contesting a seat that was Labour between 1997 and 2010, that was taken by Mensch at the last General Election with only a small Conservative majority, his claim that "This will be a tough election for Labour" seems absurd, particularly when considering the unpopularity of the current Government and the propensity of the electorate to give the governing party a drubbing during midterm elections. Nonetheless, on 9th August Ed Miliband reiterated this message describing the by-election as presenting Labour with "a very tough fight". It should be a walkover for him and his party, and if it is not, then Labour may as well call it a day and disband itself.

It will be interesting to see to what extent the Liberal Democrat candidate is annihilated, but which other parties will stand has not so far been declared. Being a by-election however, it is sure to attract a large slate of candidates. As UKIP has contested Corby in the past and is currently riding relatively high in the national polls, it is a near dead certainty that they will field a candidate and stand a good chance, if the polls are to be believed, of beating the Liberal Democrats into fourth place. UKIP last stood in 2005 but only took 2.6% of the vote. However, yesterday's Yougov poll in the Sunday Times placed the Liberal Democrats on 10% and UKIP on 8% at a nationwide level. The Corby by-election therefore, looks set to afford some interesting entertainment, although I predict that the resultant MP will be a disappointment, for whoever they happen to be they will advocate the following: globalisation, continued EU membership and ongoing mass immigration. Sorry voters of Corby, but that is what you are going to get. Maybe you will be afforded a real choice in 2015? 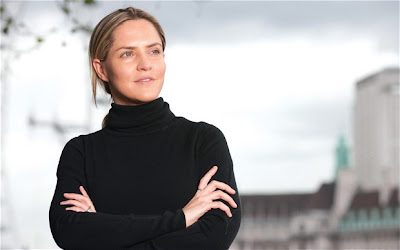