Viktor Dvorakovskii, an ethnic Russian Wahhabist convert and prime suspect for the 11 April bombing of the Oktiabr'skaia Minsk Metro station, has been arrested in the settlement of Inozemtsevo in the southern Russian district of Stavropol. The 23-year-old Dvorakovskii, who was born in Dagestan in the city of Makhachkala, became a convert to ‘radical Islam’ at the age of 20, and has been evading the Russian special services since they began searching for him in March after he accidentally blew up his own flat with an improvised explosive device. His wife and three-year-old child were in the flat at the time and were wounded. 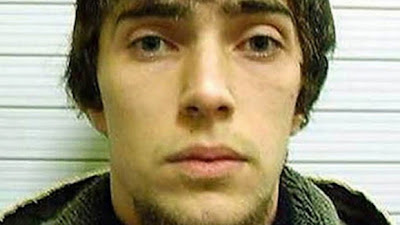 According to Izvestiia, last night’s detention of Dvorakovskii occurred quite by chance when a local police patrol spotted a man behaving in a suspicious manner who then attempted to hide himself in some bushes next to a kindergarten. Upon being asked for his identity documents, he threatened to blow up the police and promptly threw a bomb at them which landed to the side of the group concussing one of the officers. The patrol opened fire and a second device exploded blowing off Dvorakovskii’s right hand. A local resident told reporters how she heard Dvorakovskii yell “Allahu Akbar” before the sounds of two detonations rent the night air. At the time of writing, the latest reports stated that he lay comatose in hospital, bearing wounds sustained from the second bomb blast and a number of small-arms rounds. What was left of his right hand was amputated by surgeons.

At the time of his arrest it was thought that Dvorakovskii was planning an imminent suicide attack, albeit a relatively small-scale one. Recently, it had been thought that he was already dead, following a suicide bombing in Makhachkala on 10 May this year. This took place in similar circumstances to last night’s encounter, with a police patrol happening upon a man “acting suspiciously” who then detonated an explosive device killing one of the officers. Dvorakovskii, who is reported as having received paramilitary training alongside other jihadists in the northern Caucasus, is also said to have had links with a number of other perpetrators of Islamic terrorist acts in Russia, including another ethnic Russian Wahhabist – Vitalii Razdobud’ko – who was responsible for the Domodedovo Airport bombing as well as a double suicide bombing alongside his wife in Gubden, Dagestan on 14 February this year. This bombing killed three policemen and wounded 26 others. Razdobud’ko, his wife Maria Khoresheva and a number of others, had also been involved in a foiled plot to bomb multiple targets in Moscow this past New Year’s Eve.

The cases of Dvorakovskii, Razdobud’ko and his wife illustrate that what lies at the root of Muslim terrorism is Islamic doctrine, not the straw men of ‘racism’ and ‘relative deprivation’ which the British mainstream media routinely wheel out by way of ‘explanation’. It is depressing that ethnic Russians find themselves under attack from this common threat, but if Dvorakovskii was indeed responsible for the Minsk bombing, it is good news indeed that he has been apprehended and now lies in a coma. The members of the Russian police patrol who tackled him must be congratulated for their bravery. May they have every success in hunting down and eliminating all others who follow this vicious jihadist ideology.